Verbal Abuse: a Form of Violence Against Children

Violence isn't only exerted through physical actions: words can also have a devastating effect on a child's self-esteem and development. Parents should be aware of this and try to avoid it. 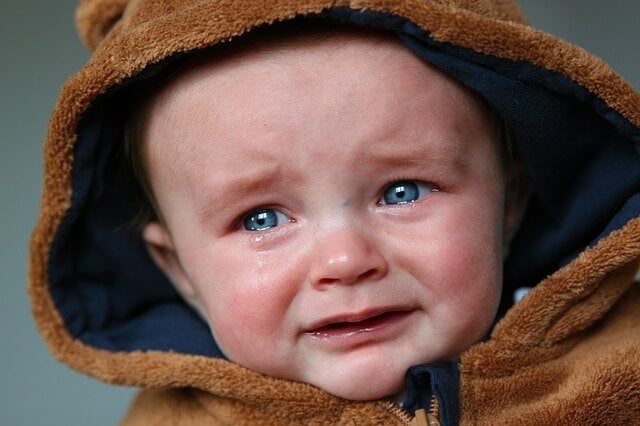 Raising a child is a challenge for all parents. However, no matter how difficult it gets, you should never resort to violence as a means of teaching. Verbal abuse is becoming an increasingly common form of violence against children due to poor education and bad temper among adults.

When we talk about violence against children, we usually imagine a child being hit, pushed or punished in some painful fashion. However, there are much less obvious actions, which may even go unnoticed, that can cause great harm to children’s emotional development and self-esteem.

Parents who don’t know how to “control” their children or who don’t find a way to “make them understand” what is right and what is wrong may resort to contempt, belittling and even insults to impose their authority and teach. However, it’s clear that this is the worst method.

Unfortunately, despite the passage of time and the remarkable advances of human civilization, verbal abuse against children hasn’t disappeared.

Why is verbal abuse a form of violence against children?

On November 20, 1989, the General Assembly of the United Nations adopted the International Convention on the Rights of the Child. It’s a 54-page document that became the most widely accepted human rights treaty in the world; many countries applied it to their laws and even their constitutions.

This Convention establishes that children and adolescents are full legal subjects, deserving of respect, dignity and freedom. In addition, it revokes the archaic concept of the child as a passive object of intervention on the part of the family, the State and society.

“The International Convention on the Rights of the Child positions children as holders of all the rights that adults possess, adding other special rights due to their special status as persons in development”

Verbal abuse as a way of disrespecting children and attacking their dignity is considered a violation of the law in the 195 countries that make up the UN.

Most common forms of verbal abuse

Words can hurt as much or more than physical violence. Their effects last in the minds of children since they view their parents as a source of wisdom and teaching. This leads them to think “if my father or mother tells me that I don’t do anything right, it must be true.”

That’s why verbal abuse is considered a form of violence against children that causes emotional distress. According to the Diocesan Team for Children and Adolescents (EDNA), an Argentine association that promotes children’s rights, verbal violence can be placed in two categories:

1. Active: includes lack of respect, insults, being too demanding and lack of understanding. It manifests itself in phrases such as:

2. Passive: this includes indifference, lack of love and disinterest. It can cause serious disorders, such as what is known as anaclitic depression.

Unfortunately, verbal abuse has become a means of “educating” that is even accepted by common society. There is always someone who says “when I was a child they hit us with belts and we learned to behave.”

The acceptance of violence without reflecting critically on its possible effects is one of the worst attitudes that society can have.

This can cause serious problems in children’s emotional stability, such as damage to their self-esteem and ability to relate to others.

This can also lead to feelings of insecurity or fear towards their parents – the people who should inspire exactly the opposite – and a sense of guilt due to not meeting their demands.

How can we prevent verbal abuse?

The EDNA recommends the following actions to prevent verbal abuse against children:

In recent years, there have been many awareness campaigns aiming to eliminate verbal abuse completely. If you witness any situation in which it occurs, try to get involved or alert whoever necessary to help prevent greater evils.

Tips for raising your child
How to Improve Speech Disfluency

Between the ages of two and six, an explosion occurs in a child's vocabulary. And, in some cases, this may…

For mothers, all of the noise and banging that occurs when children roughhouse with their dads can be a bit…

Nightmares are fairly normal during a child's development. They tend to appear around the age of 2 or 3 and…

Without a doubt, one of the most important places in the life of a child is his or her bedroom.…