The Classification of Hearing Loss in Children

Hearing impairment is a problem that affects many children around the world. Below, we'll explain the classification of hearing loss in children. 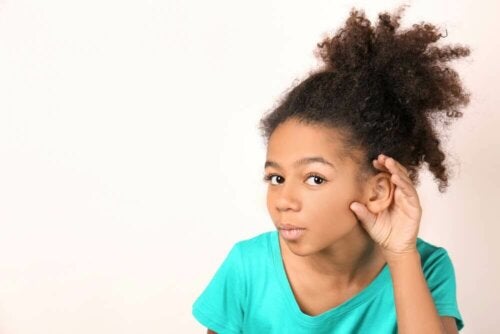 Hearing loss in children means that they aren’t able to hear as well as someone whose hearing is normal. Thus, according to the World Health Organization (WHO), around 466 million people worldwide have disabling hearing loss, of which 34 million are children.

Therefore, this is a fairly widespread problem that, in addition, implies serious communication limitations. This can have negative effects on people’s daily lives and generate a feeling of loneliness, isolation, and frustration.

The classification of hearing loss in children

On the other hand, it can be categorized based on the degree of hearing loss. Thus, it could be:

Please note that the dB symbol refers to decibels, a unit that measures sound pressure.

A third classification of hearing loss is according to the location of the lesion:

Finally, for the classification of hearing loss, the individual differences of each child can also be taken into account, such as:

The detection of hearing loss in children

At birth, babies undergo an acoustic test to rule out hearing problems. But, as you’ve already seen, hearing loss can manifest throughout the child’s development. Thus, to detect hearing difficulties in children and make an early diagnosis, a specialized electromedical team has to carry out audiometry exam tests.

In this sense, one of the possible tests that can evaluate a hearing problem is tone audiometry. This is a test that codes hearing alterations in relation to acoustic stimuli and whose results are recorded on an audiogram.

The method consists of the child entering a soundproof booth and listening to a series of sounds through headphones. Then, they must indicate whether they perceive them by raising one of their hands. The professional decreases the volume of these sounds until they become inaudible for the child. After that, they determine the hearing threshold and the type of hearing problem.

In short, early detection is essential to avoid as many consequences of hearing loss as possible. Also, these children need to go to speech therapy intervention sessions as soon as possible.