Why We Shouldn't Make Children Give Kisses 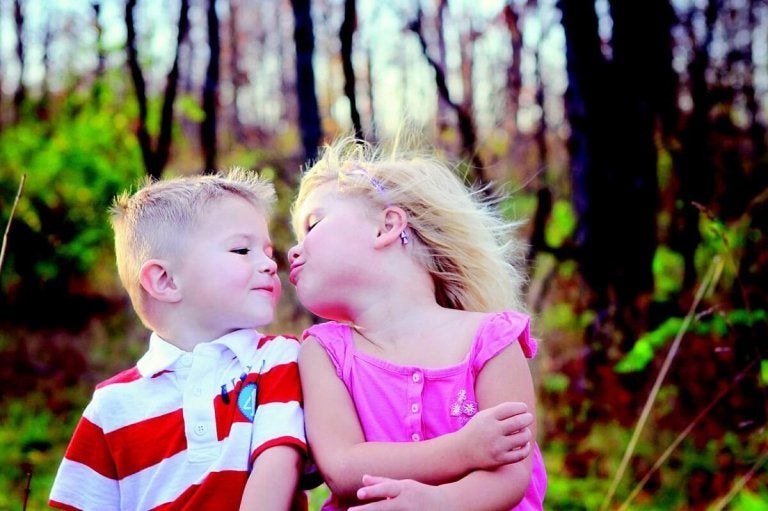 It’s not uncommon for parents to teach their children to give kisses, even when they don’t want to.

A kiss on the cheek is a social custom that shows respect and closeness. But children sometimes refuse to kiss someone, and forcing them against their will can have dangerous consequences for their future.

Not giving kisses isn’t bad manners. It’s a choice that should be respected. In fact, making children give kisses when they don’t want to can be counterproductive.

Although it can be embarrassing to break with tradition and look rude in front of visitors, it’s better than the alternative.

Think about it: would you kiss someone if you didn’t want to? Then why would you make your kids do it?

For both boys and girls, being forced to give kisses can be dangerous. It can make children feel confused about the extent to which they are in control of their actions.

Children who are forced to give kisses may wonder whether they should allow others to get close to them even if they feel uncomfortable.

This can be truly damaging for their development, and for their relationships in the future.

Your children must learn to say NO

Girls and boys need to learn to say “no” or “that’s enough.” They need to know how to openly show when something makes them uncomfortable.

In the future, this can help them stay safe from emotional or sexual predators; it may even save their life.

When we force a child to show affection for others when they don’t want to, even if we do it to avoid hurting or offending the person, we’re creating harmful patterns of behavior for our children.

Respect starts with ourselves.

We’re taking away their chance to say no, and discouraging critical thinking and the ability to maintain a healthy distance from those around them.

Danger can be anywhere

When a parent tells their children that they must hug or kiss a friend or relative (or even someone they don’t know), they’re putting them in a vulnerable position.

We can never know who is capable of abusing a young child. In fact, abusers are often people close to the victim.

We can never be too careful. Children must learn to say “no” whenever they want to.

If we don’t make children give kisses, this doesn’t mean we’re spoiling them. On the contrary, we’re helping them build an assertive personality which will help them in the future.

When we respect their feelings, children begin to understand empathy. They also learn that their body is theirs alone, and that they decide where to set the boundaries.

This is why we should never force children into physical contact with others when they refuse or seem uncomfortable.

It’s important for children to learn that they have rights. Whoever they decide to show affection to, it should be their decision and theirs alone.

This will help protect them against bullying, abuse and unhealthy relationships throughout their lives.

It’s vital that adults learn to respect children, and understand that their decisions matter, too.

Kids should learn that their body is theirs alone, and that others should respect their freedom to choose.

Children are independent people. When parents teach them the right values, they’re able to develop better and avoid situations that may harm them.