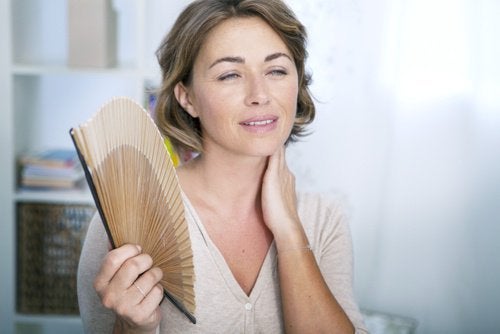 Premature menopause can occur between the ages of 15 and 39 years. It is understood that at least one in every thousand women experiences ovarian insufficiency at as young as 29 years of age, and one in one hundred does between ages 30 and 39. Although these figures are relatively low, they constitute a risk that we are all subject to.

POF, or premature ovarian failure, is called premature menopause by some specialists. While it is true we will all experience menopause at some time, it is also possible for it to arrive faster than we expect.

Women can begin to experience ovarian insufficiency at any age, meaning, it could happen after you have started a family or when you are still planning to do so. A young woman who hasn’t had children could suffer from this condition, as could somebody who is over thirty and believes that that is really early for menopause.

In any case, specialists consider this process to be premature even if it happens at 39 years of age. We will now tell you what experts have to say about this overwhelming news.

What is premature menopause or POF?

Premature menopause happens when there is a problem with ovarian function in women under 40 years of age. As a result of this deficiency, a woman who has it does not experience ovulation every month. This is because the ovaries do not produce eggs. The loss of this function stems from various root causes. For example, if there are fewer follicles present, or if there is a dysfunction in the ovaries.

Consequently, if ovulation is not occurring, menstruation also starts to malfunction, which is the main symptom of POF. However, some women can have a seemingly normal menstrual cycle, meaning that the endometrium prepares itself to receive an egg that will never come. But the tissue that causes the bleeding still detaches. Because of this, a woman could experience ovarian failure without realizing it.

Each woman is born with approximately two million ovarian follicles. However, by the time they reach the age when they begin menstruation, they only have about 400 thousand. The female body does not produce more follicles, which are necessary for ovulation to occur. Although 400 thousand seems like it should be enough, it is not, since not all mature in order to become eggs.

Take care of your body. It’s the only place you have to live.

In order for these follicles to mature, they need to be stimulated by hormones. The hormone that contributes to this process is estrogen. At the start of the menstrual cycle estrogen levels are low.

This hormone is regulated by the pituitary gland in order for it to stimulate the follicle. This causes the levels of this hormone to raise again. However, women with ovarian failure have had the wrong hormonal signals sent to the follicles. This causes their hormone levels to be high even when there is no mature egg present.

One of the main symptoms of this condition is a lack of menstruation. It is also common for women to experience irregularity in their menstrual cycles, meaning that since they have not used up their reserve of follicles, some of their eggs can still mature. These are some other symptoms that point to this condition:

Some women may not experience the majority of these symptoms. They might continue to have a pretty normal menstrual cycle. In cases like these, premature menopause is diagnosed by means of hormonal analysis.

If your FSH levels are high, you may be experiencing ovarian failure. Still, it is necessary to discuss all changes in your cycle with a physician in order for them to be able to make an accurate diagnosis.

Menopause is a natural process that occurs at the age of approximately 51 years. In this case ovarian function is expected to progressively decrease, which will happen to all women. However, ovarian failure can happen at any life stage.

If a woman doesn’t have any more follicles, it is impossible for these to mature and generate a new egg. As a consequence of this, just as would happen with menopause, the woman experiences an interruption in her menstrual cycle.

Even so, when it comes to ovarian failure there are still a few remaining follicles, but dissemination happens which prevents them from maturing.