Find out everything you need to know about absence seizures in children, including why it's important to recognize the signs. 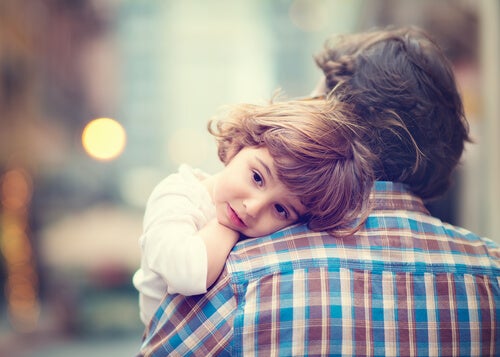 Absence seizures are a neurological disorder that tends to appear during infancy and disappear before adulthood. They aren’t normally serious and will generally go away with time.

Absence seizures are very brief. Generally, the seizures cause a momentary loss of consciousness and last for just a few seconds, and very rarely over a minute.

The prognosis for these kinds of seizures is positive: they’re normally harmless and pose no long-term risk to the child.

In many cases, absence seizures in children can go completely unnoticed by parents.

However, it’s important to know how to identify them. This way, if this kind of seizure occurs, parents will know not to panic.

This kind of seizure is also known as petit mal, from the French for “little illness”, given that these episodes are often imperceptible and generally pose no serious physical risk.

But why do they occur? The reason is very simple: an imbalance in the neurotransmitters in the child’s brain.

This means that, for a few moments, abnormal electrical activity jumps between neurons. Absence seizures are one of the types of seizures that occur in patients with epilepsy.

The root cause of absence seizures in children has not been identified, but genetic factors are believed to play a role.

How to identify an absence seizure

Some children may have various absence seizures in the course of a day. Episodes may continue for several weeks or months.

The symptoms appear suddenly. The most noticeable effect is a blank, distracted or sleepy appearance.

The child may give the impression of daydreaming or being wrapped up in their own thoughts.

As the name implies, children affected by this type of seizure seem disconnected or absent.

A simple test to check for absence seizures is to interact with the child. Speak to them, pat their head or shoulder, offer them a candy or ask them what they’re thinking.

The idea here is to help the child come back down to earth if they’re simply lost in thought.

If your child is merely distracted, he or she will react to your presence. If prompted, the child should remember what was happening around them during the daydream.

However, if your child doesn’t react and doesn’t remember what was happening, they may have experienced an absence seizure.

A neurologist will evaluate the child, carrying out a physical examination which may include electroencephalography (EEG).

This test will allow for a precise diagnosis. The doctor may also analyze factors such as a history of epilepsy in the family.

Treatment for absence seizures in children

To treat absence seizures in children, neurologists will often prescribe certain anti-epilepsy drugs. There will generally be a relatively short course of medication at a very low dose.

Once the doctor decides that the treatment has had the required effect, the patient will be able to stop taking the medicine.

As with many other courses of treatment, patients should come off this medication gradually, under the supervision of their doctor. This way, the body is able to get used to working without the drug.

Of course, a healthy lifestyle is always the best complement for any prescription a doctor can make.

This means sticking to a healthy, balanced diet and a healthy routine with plenty of physical activity.

Link copied!
Interesting Articles
Illnesses in babies
The Relationship Between Food and Eczema in Babies