Let's learn why certain chromosomal disorders happen and what diseases these disorders cause. 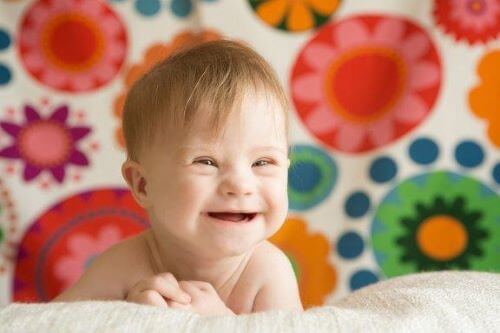 Autosomal chromosome disorders are quite common and cause birth defects, because chromosomal information is present in every cell of our bodies. Each arm of a chromosome is divided into 4 regions, and within each region, each band is numbered in relation to its distance from the centromere.

There are two main types of chromosomal abnormalities: numerical disorders and structural disorders.

The most frequent cause of numerical disorders in chromosomes tends to be nondisjunction. This consists of a failure in the chromosome pairs or the chromatids to separate in the first or second meiotic divisions or during mitosis.

The consequence of this anomaly is that the parts of the chromosomal pair don’t separate properly. Thus, in some gametes there can either be too many chromosomes or there may be a part of a chromosome missing.

When a gamete with an extra chromosome joins a normal gamete during fertilization, the resulting zygote will have three copies of that particular chromosome. This phenomenon is called trisomy.

When a gamete that lacks a particular chromosome joins a normal gamete, this will leave just one strand of the chromosomal pair and produce what is called monosomy.

The nondisjunction can also happen during mitosis, after the meiosis phases I and II and the formation of the zygote. This makes it so that the infant is born with cells that are a mix of either trisomic and normal, or monosomic and normal.

These patients are called mosaics. Moreover, this kind of chromosomal abnormality is almost always in respect to chromosome X (the mosaics of other chromosomes tend not to be viable).

Abnormalities in the structure of the chromosomes

The abnormalities that are most frequent in the structure of the chromosomes are deletion, duplication, inversion, and translocation.

Deletion or suppression. The loss of a fragment of a chromosome. This makes it so the affected chromosome lacks all the genetic information stored in the lost fragment.

Duplication. The presence of an additional fragment of chromosome. Sometimes, a deleted fragment can join the extreme end of a homologous chromosome. This abnormality is a lot less noxious than deletion.

Inversion. This entails the fragmentation of a chromosome due to two ruptures. Then it’s followed by adhesion to the same chromosome but in an inverted way. In general, this kind of change in the genes doesn’t produce an abnormal phenotype. Although this may have consequences for the generation that follows when the inverted chromosome unites with a normal chromosome.

Translocation. The transfer of a part of a chromosome to another nonhomologous chromosome. Sometimes these translocations are reciprocal.

The structural abnormalities take place generally during meoisis of one of the gametes (maternal or paternal).

Autosomal abnormalities in the chromosomes

First identified and described by Langdon Down in 1866, it’s the chromosomal abnormality that is most common and known (affecting every 1 in 700 births).

People with Down syndrome have 47 chromosomes, and specifically, they have an extra chromosome 21.

You can usually identify this abnormality at the moment of birth, or soon afterward because of the presence of characteristic traits like the following:

Although 95% of the cases of Down syndrome are because of trisomy of chromosome 21, about 4% have a translocation of the long arm of chromosome 21 (to chromosome 13,14,15 or 22). These patients have 46 chromosomes but phenotypically they’re indistinguishable from those with trisomy 21.

This syndrome is associated with chromosome 18. It’s related with multiple congenital birth defects, and it’s much more severe than Down syndrome (most patients don’t live beyond 6 months).

The most frequent symptoms are:

It’s rarer than the previous syndrome but the abnormalities are much worse (infants usually don’t survive beyond the first month of life).

This is due to a partial monosomy of chromosome 5 (the suppression of a fragment of the short arm).

It produces different abnormalities, the most characteristic being the cry of the infant. The child will sound like a cat meowing. Other defects are intellectual disability and microcephaly.

This is produced by the deletion of the short arm of chromosome 4. It manifests in a phenotype that is characterized by low birth weight, a lack of growth and an anomalous appearance to the face.

In conclusion, doctors struggle day by day to help improve our knowledge about these abnormalities that affect many families and babies. Fortunately, they’re always developing new ways to detect these conditions early.

In addition, treatments have also evolved so there are now better means of prevention and improvements in the care for the children born with these afflictions.

Achondroplasia in Children: Causes and Characteristics
If you've never heard of achondroplasia in children, or you're not sure what it is and what the consequences are, learn all about it here. Read more »
Link copied!
Interesting Articles
Bumps and bruises
Jellyfish Stings in Children: What You Need to Know