The Biological Clocks of Men

The concept of a biological clock has always been associated with women. However, studies performed over recent years have found that this issue also affects men. We'll tell you more about it in the following article. 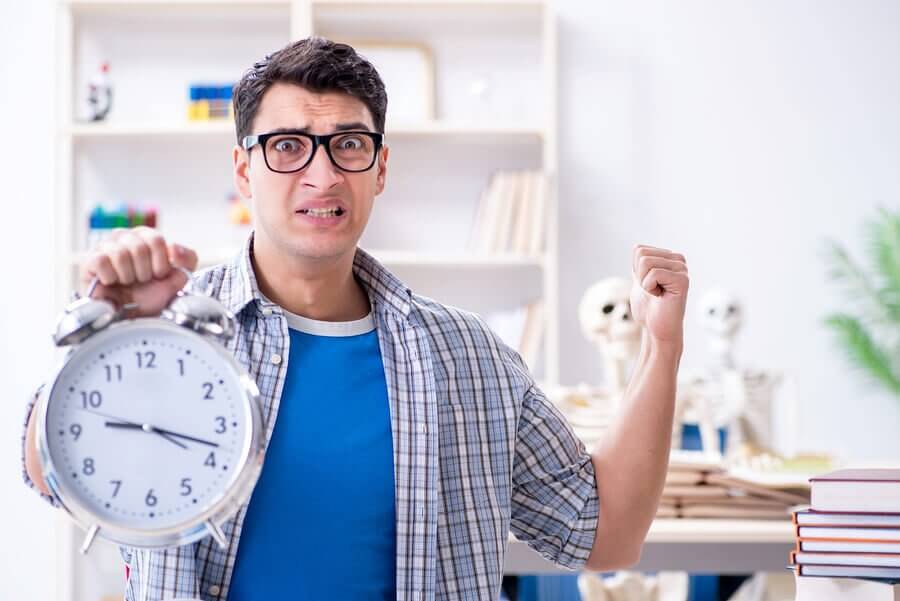 After age 30, women often start hearing comments about the risks of getting pregnant. In the case of men, age not only plays a role in their ability to have children; but it can also affect their children’s health. That’s why we want to talk about the biological clocks of men.

By age 35, it becomes harder and harder for women to get pregnant. Furthermore, if they do conceive, there’s a higher risk of their babies having health issues.

According to popular belief, the aging process doesn’t affect men in the same way. Rather, it’s believed that they’re able to have children up until old age.

However, this isn’t entirely true. There is more and more evidence that leads experts to believe that men also have a biological clock.

The biological clocks of men

Currently, people use the term “biological clock” to specifically refer to the reproductive aging of women. However, more and more specialists are accepting and applying this same concept when it comes to men.

Various studies have shown links between advanced age in men and reproductive difficulties. However, particularly in the last decade, some have just begun arguing that the concept can also apply to men.

These individuals confirm that age affects men’s ability to have children in a similar way to how it affects women. However, the timeline isn’t quite the same.

However, few people today seem to be aware that a man’s age can affect his ability to have children, and the health of those children. This is despite the fact that science is clear regarding the biological clocks of men.

As men grow older, they experience a reduction in fertility and in hormonal levels. At the same time, their children have a higher risk of suffering from health complications.

“Forty is the old age of youth, fifty is the youth of old age”
—Victor Hugo—

A man’s age affects his fertility

Men continue to produce new sperm throughout their entire lives. The sperm exist and, therefore, reproduce the man’s DNA and then divide in two, over and over again.

Despite this fact, research affirms that men’s reproductive systems aren’t immune to the effects of aging. In other words, a man’s age affects his fertility.

The older a man is, the harder it is for him to conceive a baby. In fact, older men are more prone to see their partners suffer a miscarriage during pregnancy. At the same time, a man’s advanced age may trigger health problems in his children.

Unlike women, who are born with a limited number of eggs, men continue to produce sperm as long as they live. Some men manage to have children in their 60s, or even later, while women’s biological clocks have already stopped working.

How lifestyle can impact the biological clocks of men

There are certain habits that can minimize the impact of biologicals clock of men. Masculine fertility issues are often related to other health problems.

These include cancer, high blood pressure, heart problems and kidney illness. For example, men who are overweight are more likely to experience low levels of testosterone.

There is also growing evidence that what a man eats, drinks and smokes plays a role. In the same way, even the stress men undergo in the months before conception can influence the health of their sperm and, potentially, the health of their children.

However, other changes in a man’s reproductive health are simply the result of the inevitable passing of time.

Studies have shown that the genetic quality of a man’s sperm reduces with age. This can lead to infertility, miscarriage, higher risk of autism, schizophrenia and certain types of cancer in children.

Lastly, it’s important to keep in mind that the biological clocks of men and women shouldn’t be a major source of worry for future parents.

The latest trends show that more and more children are being born to parents between the ages of 30 and 40. This is due to personal and professional factors that affect the lifestyle of parents today.