What to Do If You Have Clogged Milk Ducts

If your breast is red, swollen, and you feel a lot of pain, you may have clogged milk ducts. We'll now show you how to improve your condition. 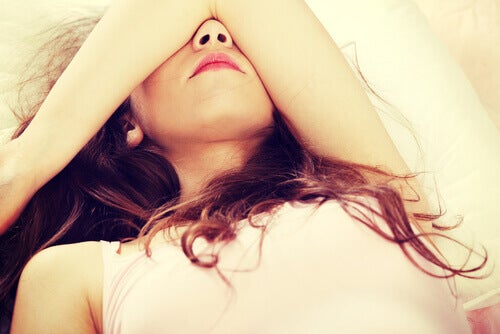 What to do if you have clogged milk ducts is one of the most frequent questions every breastfeeding mother has. This condition, which is also quite painful, is a common annoyance since it affects many women.

Even if it’s a recurrent pathology, a blocked duct can trigger a mastitis. Your prompt attention can reduce the risks of complications.

It’s time to review what symptoms appear when there are blocked milk ducts, why this happens, and finally, what to do to free them.

What are the symptoms of clogged milk ducts?

The milk ducts are responsible for carrying the milk that’s produced in the mammary glands to the nipple. When there’s an obstruction, one or more lumps appear in the breast accompanied by intense pain in the entire area or in the nipple.

The breast can also turn red or feel generally inflamed, like it emanates heat.

Treat this condition quickly since ignoring it may cause mastitis to appear. You’ll have fevers, pain all over the body, and in extreme cases, pus or blood may be present along with the milk.

Why do milk ducts get clogged?

We already know what symptoms appear when there’s obstruction in the ducts, but why does this occur? In fact, this can happen to any mother in one or more pregnancies. As we mentioned before, it’s a common pathology, but it must be treated immediately.

However, some actions can trigger it. The most frequent is the use of wrong-sized bras, which create uneven pressure on the breasts.

The same happens when wearing clothes that are too tight, a blow to the breast, applying too much pressure when breastfeeding, or bad posture while the baby is breastfed.

What to do if you have clogged milk ducts

There are several ways to alleviate this condition. We’ll start with the simplest ones and then go through the pharmacological options.

In the first instance of noticing inflammation or a lump in the breast, we recommend giving the area a delicate massage. You should also perform this massage while breastfeeding the baby to stimulate the opening of the duct.

The second option to treat the milk ducts is to take hot showers, during which you should also perform the massage. In this case, you should take advantage of the heat in the room to apply the pressure with greater intensity in the area just before the lump, following a straight line towards the nipple.

The right time to breastfeed your baby is at the end of the shower and after the stimulation. You can also place a warm handkerchief over your chest to maintain the warm temperature of the area.

If these hot stimuli don’t work, you can go a step further by submerging the breast in a bowl of very warm water and add a teaspoon of salt to it. It’s probable that this will unclog the duct almost immediately.

Another option that serves as a precaution is to extract all the milk that remains in the breasts after the baby has been fed. This will avoid the overload of milk in the ducts.

In case you don’t use a pump to extract the milk, you should breastfeed the baby more than usual. Always use the breast that presents the problem as a first option.

Some doctors also advise that proper rest and taking naps can have a positive effect in keeping these obstructions from occurring.

The most common pharmacological recommendations given by doctors include:

With these simple practices you can alleviate clogged milk ducts. As always, we recommend that if you see that your condition doesn’t improve with any of these proposals, and you feel new symptoms arise, don’t hesitate to visit your specialist immediately.