How to Detect Language Disorders in Children

We learn to communicate very early in life. There are many things that can affect this process, however. Detecting language disorders early on is key to treating and avoiding issues in the future. 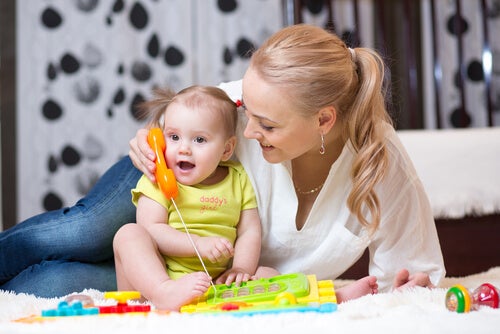 Language disorders in children can manifest in delays or difficulties in learning to speak.

Meanwhile, children who struggle to understand what others are saying may have a receptive language disorder.

Language develops naturally in babies and young children. The process begins from birth.

For a child to correctly acquire their mother tongue, they must be able to hear, understand and remember. They must also develop the ability to put together phrases and sentences.

Causes of language disorders in children

According to statistics, around 1 in 20 children show symptoms of a language disorder. When the cause of their difficulties is unknown, the diagnosis of a language development disorder (DLD) is applied.

Difficulties processing and understanding language normally begin to appear at around 4 years of age. Some mixed language disorders may be caused by factors such as brain injuries.

Language disorders may also occur due to developmental delays or damage to the central nervous system, known as aphasia.

When this type of disorder occurs, speech and language don’t develop normally. The child may acquire certain linguistic abilities, but struggle with others.

A child who has a language disorder will often show one or more of the symptoms below. These may be severe or mild.

Children with a receptive language disorder may have difficulty understanding messages, and will display some of the following signs:

On the other hand, children with an expressive language disorder tend to have difficulty communicating what they’re thinking or asking for something they need.

These are some common signs:

Types of speech and language disorders

There are many types of language disorders that can occur in children. Many of these are fairly easy to detect.

The link between breathing and speech

Breathing and speech are closely connected. If children know how to control their breathing, this will help them express themselves effectively.

Poor breathing can be linked to respiratory disorders, which also affect speech. Some disorders, such as aphonia and vocal cord injuries, may be caused by abnormal breathing technique.

When a child is breathing incorrectly, they inhale less air. This gives their voice less power, and makes it more difficult for them to produce a full range of sounds.

Language difficulties in children can usually be detected early and treated in time to avoid any lasting effects.

Pay close attention as your child begins to speak. If you notice anything unusual, speak to their doctor about the best measures to take.