The Effects of Mastitis on Infants

When it comes to breastfeeding, some uncomfortable situations and risks may be involved for the mother and the infant. One of them is known as mastitis, which is associated with pain for the mother, discomfort for the infant, and symptoms of obsession and anxiety. 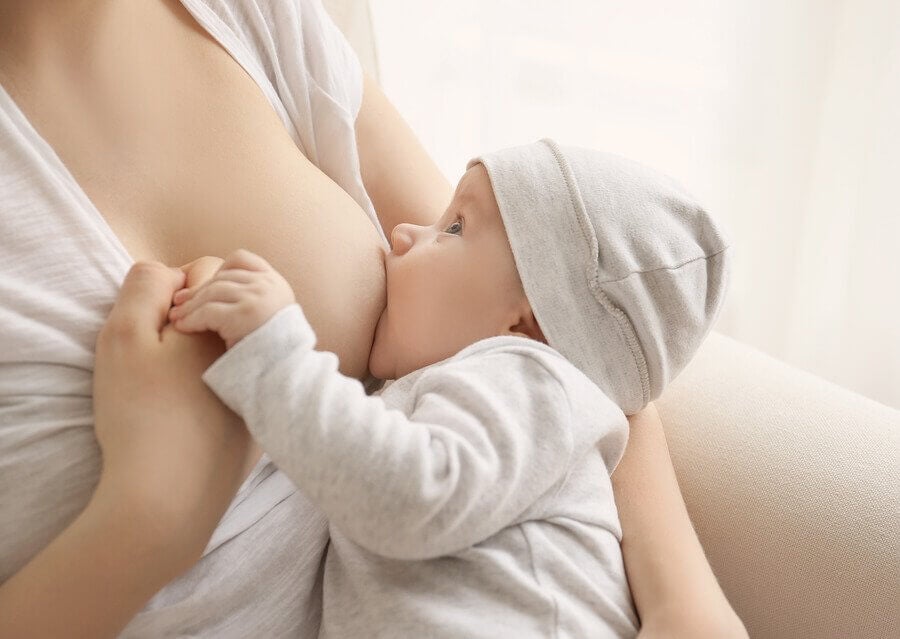 Mastitis is a fairly common condition that happens to some women while they’re breastfeeding. Mothers with mastitis suffer more than just physically; besides the acute pain, there’s concern about the effects of mastitis on infants. Sometimes, it can become an obsession that generates a lot of anxiety.

Mothers are aware of the importance of giving their babies breast milk. That’s why anything that can interfere with the possibility of breastfeeding can make them nervous. Consulting with your doctor is always a safe measure.

Mastitis is an inflammation of the mammary gland caused by infection. What are the causes of breast infection and mastitis?

What are the effects of mastitis on infants?

Indeed, one the effects of mastitis on infants is associated with breastfeeding. Because mastitis is an infection, there are always toxic agents present that can cause harm.

Therefore, the milk that comes from a mastitic gland will have a higher concentration of microbes. While breastfeeding, these germs can transfer to the baby.

Scientists haven’t found any evidence to suggest that mastitis causes diseases in babies. Research has shown that children who were fed milk from a breast with mastitis for several months developed normally and healthily.

Although ingesting mastitic milk doesn’t cause health problems for children, there are discomforts both for the mother and the children. The mother will feel intense pain when the child feeds.

On the other hand, the baby will be upset because the milk doesn’t always come out. Also, the flavor of the liquid may change since the mastitic milk is a bit saltier.

Anything that can interfere with the possibility of breastfeeding can make mothers nervous. Consulting with your doctor is always a safe measure.

In cases of severe mastitis, the breast may become blocked, and the milk may not come out, which gives way to the formation of a milk-filled cyst. This is one of the most disturbing effects of mastitis on infants since they can’t suckle.

Certainly, the child will go from being calm and relaxed to being irritable. Breastfeeding will take longer and become more frequent because each draw will contain less milk.

It’s essential to consult with your doctor because sometimes breastfeeding with mastitis prevents the breasts from healing. A professional has the elements to evaluate each situation and suggest a treatment. Also, they’ll always tend to avoid weaning, which is only recommended in extreme cases.

There are some prophylactic measures that help to avoid mastitis:

The conclusion from everything presented above is that a mother who breastfeeds her child should continue to do so despite mastitis. The effects of mastitis on infants will not go beyond irritability along with a little frustration.

Mastitis and Probiotics: An Effective Alliance
Mastitis is a very painful infection for breastfeeding mothers. But there is a solution! Find out about the relationship between mastitis and probiotics. Read more »
Link copied!
Interesting Articles
Childhood psychology
Rituals to Help Your Child Say Goodbye