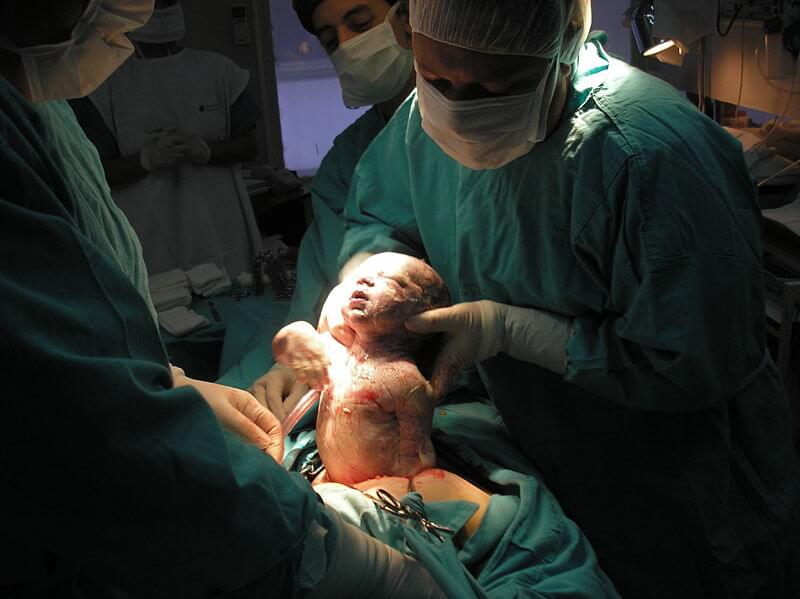 Women with a very narrow pelvis would not have survived birth 100 years ago. They do now, and pass on their genes encoding for a narrow pelvis to their daughters.

This statement was made by Philipp Mitteroecker, one of several scientists who study the evolutionary effects of c-sections on women’s bodies.

This study doesn’t seek to criticize cesarean section as a medical intervention, the expert clarifies. Rather, it aims to show that it has had an impact on evolution.

Before C-sections existed, the genes for a narrow pelvis were not passed on from mother to daughter, as both would have died in the birthing process. Now, thanks to C-sections, women with small pelvises are able to give birth, and pass their genes onto their daughters.

Therefore, a study published by the journal Proceedings of the National Academy of Sciences concludes that the regular practice of this procedure is having an impact on human evolution.

The Austrian scientists carrying out this study believe that this trend may continue, but not to the point of making natural birth obsolete.

“Without this modern medical intervention, such problems often were lethal and this is, from an evolutionary perspective, natural selection.” This affirmation was also made by Mitteroecker, member of the Theoretical Biology Department at the University of Vienna.

The evolutionary effects of narrow waists and large babies

The scientists in charge of this recent investigation asked themselves why the human waist hasn’t gotten wider over the years.

A human baby’s head is large if we compare it to that of other primates. Therefore, the birthing process is more difficult than it is for chimpanzees, for example.

The investigators designed a mathematical model using data provided by the World Health Organization and other important studies on newborns.

What they found – assures an article published by the BBC – were opposing evolutive strengths. On the one hand, there is a tendency for newborn babies to be larger and healthier.

However, on the other hand, if they grow to be too large, they get stuck during delivery. In the past, this would have resulted in the death of both mother and child. Therefore, the mother’s genes would not have passed onto the following generation.

“One side of this selective force – namely the trend towards smaller babies – has vanished due to Caesarean sections,” said Dr Mitteroecker.

The data makes the investigators postulate that C-sections have a double evolutionary effect. First, the increase of women whose bodies will not allow for vaginal birth.
At the same time, there has been an increase in larger and healthier babies. These babies have a greater chance for survival and of growing strong and healthy.

A mother’s joy begins when new life is stirring inside, when a tiny heartbeat is heard for the very first time, and a playful kick reminds her that she is never alone

According to data from the World Health Organization (WHO), since 1985, health experts around the world agree that births by cesarean section by necessity shouldn’t exceed 10-15% of all births.

However, in many countries, cesarean sections even outnumber vaginal births. C-section births are more and more frequent in both developed and developing countries.

The WHO recognizes that C-sections should always be performed when necessary. It should never be limited simply for the sake of staying within a specific percentage range.

When justified from a medical perspective, C-sections are effective in preventing mortality.

However, there seem to be no benefits for women or their babies when C-sections are performed when there is no medical justification.

As with any other surgery, cesarean sections are associated with long and short-term risks. The procedure’s effects can last for years after the fact and affect the life of the mother and child, as well as future pregnancies.