What Are False Pregnancies?

The power of the human mind reaches the most unbelievable limits. False pregnancies are an example of this – due to a stimulus in the brain, the body develops symptoms of a real gestation. 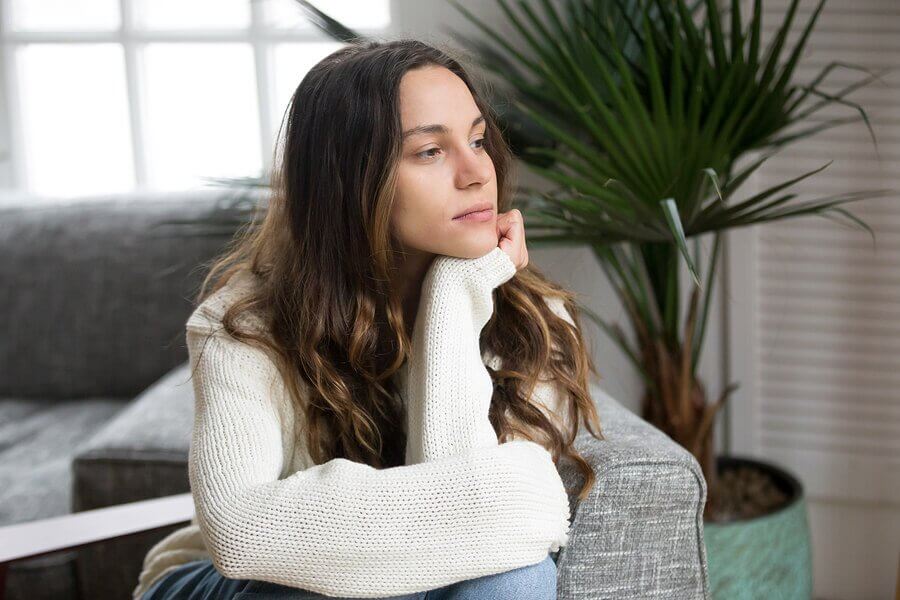 False pregnancies, also called pseudocyesis, are a very particular syndrome in which a woman not only thinks she’s expecting a baby but even manifests certain symptoms of being pregnant. Now, how common is this condition? What are the best ways to detect it?

First of all, it’s worth mentioning the data to underline the rarity of false pregnancies. Only 1 in 22 thousand women suffer from false pregnancies. This is an extremely low number, especially if we consider that it can affect any woman between 20 and 40 years old, or even more.

Why do false pregnancies occur?

The appearance of this pathology has changed over time. In past centuries, the role of women in society was almost exclusively having children. Therefore, this was the main focus for many.

Today, however, women’s interests and life goals have changed. As a result, pregnancy isn’t the primary desire or priority of all women.

The most obvious trigger of false pregnancies is the excessive desire to be a mother. Many women even take it as a necessary condition to reaffirm life as a couple or to save a conjugal crisis – the longing for a baby is so great that they end up “making it” happen.

“The most important trigger of false pregnancies is the excessive desire to be a mother.”

The symptomatology of false pregnancies is identical to that of a healthy pregnancy. It’s so striking because the body truly ends up responding to the woman’s thoughts, even though no baby is forming in the uterus.

Among the most apparent signs of false pregnancies, we can highlight the following:

How to treat false pregnancies

The most common way to detect a false pregnancy is through ultrasound. With this, it’s possible to see that there is no fetus growing and there are no signs of a fetal heartbeat. Professionals will be able to confirm that it’s not a real pregnancy.

Now, the problem usually lies in how to communicate it to the woman. We must remember that, precisely, one of the roots of this condition may be their excessive desire to have a baby.

Because of that, delicacy and a gentle touch are most important. In fact, many doctors decide to talk with the partner first or other relatives before taking any action.

As for the woman herself, this disorder usually doesn’t require medical treatment, but it does require psychological treatment.

In general, we recommend that women overcome this condition with the assistance of a professional in order to avoid future depressive or anxiety symptoms.

Finally, it’s worth noting that undergoing a false pregnancy in no way precludes women from becoming pregnant in the future. Of course, it’s not a sign of dementia or mental disability either.

What Is Pubic Symphysis Dysfunction in Pregnancy?
An estimated 80% of pregnant women experience discomfort related to pubic symphysis during pregnancy. Learn what it is and how to relieve symptoms. Read more »
Link copied!
Interesting Articles
Childhood psychology
Hoarding Disorder in Children