The Female Reproductive System: How It Works 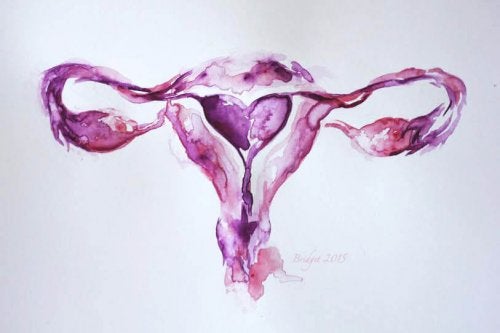 The female reproductive system is the anatomical structure that makes fertilization, gestation and birth possible. The whole system is located in the pelvis area and includes organs that participate in reproduction.

Within the female reproductive system, there are external and internal organs. They are all interrelated and form a system in which each organ plays an important role.

The main functions of the reproductive system are: to produce reproductive cells, to allow for fertilization and to protect and nourish fertilized cells until they develop fully, culminating in the birth of a child.

The outer zone of the female reproductive system is called the “vulva” which means “cover.” Therefore, it’s located in the crotch and its main function is to protect the vaginal orifice and internal reproductive organs.

The external organs of the female reproductive system that are located in the vulva are the following:

The following are the internal organs of the female reproductive system:

The operation of the system

At birth, a woman has hundreds of thousands of oocytes or reproductive cells inside her ovaries. Due to the production of sex hormones, the menstrual cycle begins during puberty.

So, after puberty, one oocyte is released every month. If an oocyte is fertilized, it remains in the uterus and the formation of a new being begins.

If the oocyte isn’t fertilized, it dries and leaves the body about two weeks after it was released from the ovaries. It exits the uterus along with blood and the internal lining of this organ.

This process is known as menstruation. The first time it occurs is called menarche.

When a sperm fertilizes an oocyte, a zygote is formed. The zygote then develops into a blastocyst which is a ball of cells with fluid inside. It nests in the endometrium which is one of the layers of the uterus.

In addition, sex hormones are important in the consolidation of the process. The final result is implantation.

Finally, the embryo is formed which will then develop into a fetus.

The fetus then floats in amniotic fluid. In addition, the fetus breathes and is fed through the placenta. The placenta is able to communicate with the fetus thanks to the umbilical cord.

After nine months of gestation, the cervix dilates and the uterus walls contract and push the baby towards the exterior. That’s how a baby is born.