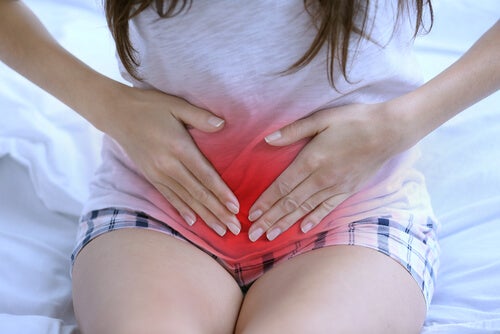 Returning to normal after childbirth is a difficult task. Your body, subjected to great pressure, change, effort and pain, needs time to return to what it was. The same happens to menstrual cycles.

Your body triggered a series of hormonal responses to let itself know you were pregnant. Once you have given birth, it is necessary for your body to understand that there is no longer a baby inside you.

Normalcy will be achieved, but you must be patient. Not everything you hear or read about will happen to you, and that doesn’t mean that something is wrong. You must be respectful of your own body and its recovery process.

What happens with menstrual cycles after giving birth?

After some time, the body will return to its previous state. The hormones that regulate the menstrual cycle remain at low levels, since after delivery they continue to prioritize the hormones that help you breastfeed your baby.

Prolactin, in fact, is the hormone that goes hand in hand with breastfeeding, since it is responsible for inducing milk production. This same hormone inhibits ovarian function, preventing the menstrual cycle from beginning again.

On a physical level, the so-called “quarantine” occurs after giving birth, characterized by the return of all your internal organs to their pre-pregnancy state. During the quarantine, the menstrual cycle has not yet been reactivated, so there is no period.

When the first period appears after delivery

The first thing you should know is that there is no exact date for the first period to appear. Every woman is unique, and there is no rule that governs us all.

What has been shown is that breastfeeding can delay the first period. This does not necessarily mean that you won’t have a period while breastfeeding, but at least it will appear a little later.

Thus, it is estimated that approximately 7-8 weeks after delivery, women who don’t breastfeed usually recover their cycles with relative normalcy. However, for mothers who do breastfeed, the cycle is usually delayed for three months after giving birth.

When you have just given birth, there may be blood loss through the vagina. This is not from menstruation. It is normal bleeding during the postpartum time frame that is known as lochia. Its purpose is to help dispel the placenta, cervical mucus and secretions.

The first period after childbirth probably does not seem the same as your previous cycles. The body has gone through great changes, so it is likely that it may hurt more or have more irregular flow. Relax, because this is normal.

A curious fact about this first period after childbirth is that it is not unusual for it to appear without ovulation. This phenomenon makes many women trust that they will not be able to get pregnant.

However, how do we know if an egg has been released or not? We simply don’t know. Experts recommend being cautious during intercourse after childbirth.

No, menstruation does not affect breastfeeding. You can breastfeed and have a period without this implying any change in the quality of milk. As for the amount produced, it may diminish during menstruation, but not by a considerable amount.

Of course, if you see that the amount of milk is reduced so much that it does not allow you to adequately feed your baby, do not hesitate to see your doctor. She will tell you what to do in this case and can advise you on what is best for you and your child.