If you have heavy vaginal bleeding during menstruation or outside of your cycle, you may have functional menometrorrhagia. In this article, we'll describe the causes that trigger this condition. 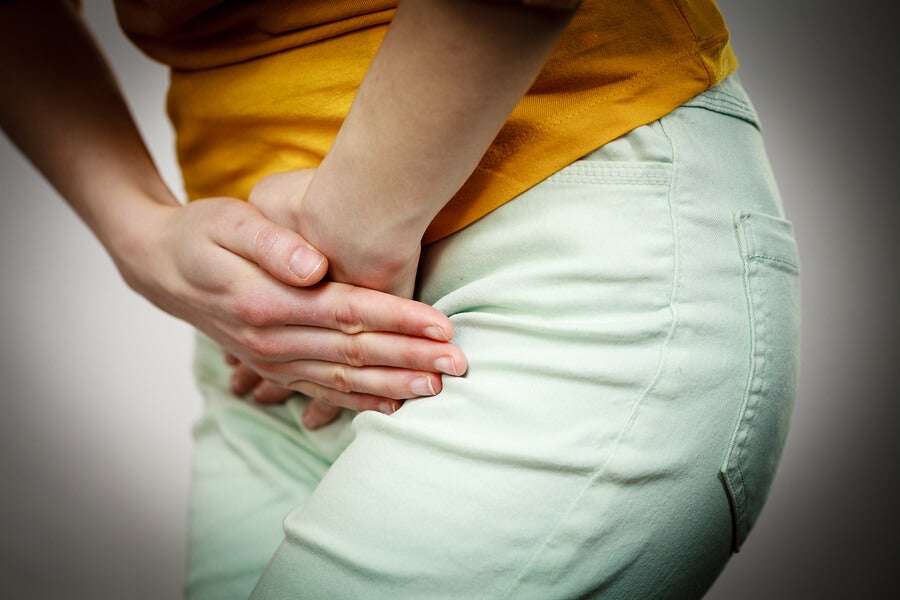 Functional menometrorrhagia is a disorder in the female body associated mainly with hormonal alterations. These can cause abundant vaginal bleeding accompanied by severe abdominal pain and weakness.

This condition is associated with hormonal problems in most cases that occur. However, it’s also linked to cases of drug poisoning, abortion, pregnant women with placenta praevia and many other conditions. Next, we’ll explain more details of this problem.

Functional menometrorrhagia, on the other hand, is more directly associated with hormonal problems. It can be due to abortions, alterations due to hormonal therapies with drugs, metabolic problems and placenta praevia.

It is a condition that affects women of childbearing age and it turns out to be quite common. It doesn’t represent a serious health risk, except in cases where bleeding is associated with cancerous tumors.

The symptoms of functional menometrorrhagia are associated with severe abdominal pain and heavy bleeding that last seven or eight days. It’s estimated that the blood loss per day can be around 100 milliliters.

A woman who suffers from this condition will suffer from constant weakness, anemia and iron deficiency.

The bleeding caused by functional menometrorrhagia doesn’t necessarily coincide with the dates of menstruation.

It’s possible that this bleeding occurs on different days, either due to the advancement of the cycle induced by hormonal treatments or because bleeding isn’t a direct manifestation of menstruation.

There are several recommended treatments for functional menometrorrhagia, depending on the causes of the bleeding.

“Functional menometrorrhagia is more directly associated with hormonal problems. It can be due to abortions, alterations due to hormonal therapies with drugs, metabolic problems and placenta praevia.”

There are also alternative treatments for functional menometrorrhagia that can help to alleviate or get rid of the annoying symptoms.

It’s important to clarify that using these natural remedies by pregnant women can bring health problems to the baby if not approved by your doctor ahead of time.

As a final recommendation, the woman who is presenting symptoms of functional menometrorrhagia is advised to go to her gynecologist as soon as possible so that he or she can determine the specific cause of the hormonal alteration. Also, the doctor will indicate the most suitable treatment for your particular case.

Link copied!
Interesting Articles
Illnesses in children
How to Prevent Colds in Children