What Is the Glucose Tolerance Curve?

The glucose tolerance curve is a fundamental test for determining if a person suffers from type 2 diabetes. Read today's article to learn more about this test. 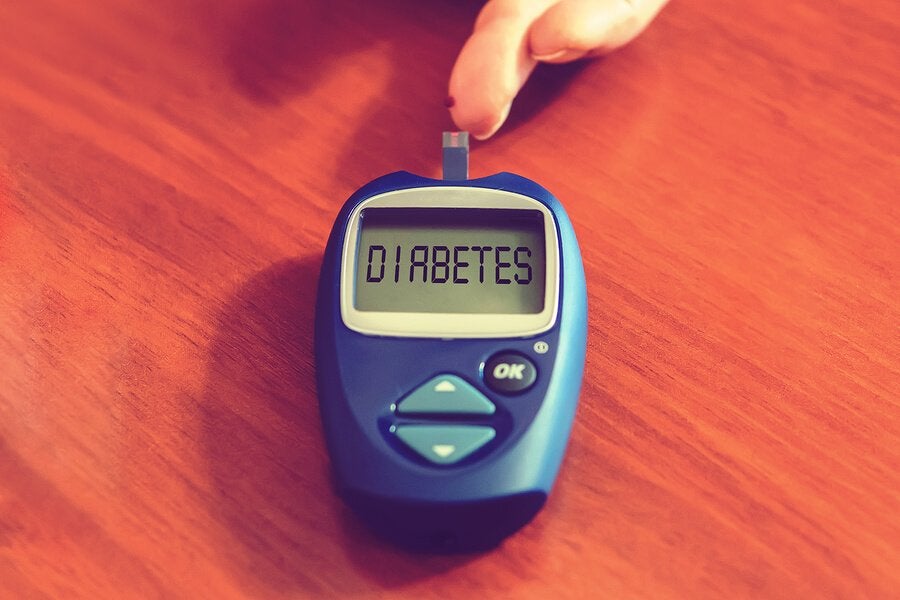 The glucose tolerance curve is an important test for detecting type 2 diabetes. Learn about it below.

The main characteristic of type 2 diabetes, or diabetes mellitus, is the persistent elevated concentration of glucose in a person’s blood.

This can be the result of a deficiency in the production of insulin or an increase in glucose production. It can also be related to a resistance to insulin or a combination of factors.

Diabetes is a chronic and degenerative disease. It isn’t contagious and, to date, has no cure. However, there are ways to control the disease.

People with diabetes can live with this disease for many years. And statistics indicate that approximately 15% of the world population suffers from diabetes.

This illness is associated with a series of complications in several of the body’s systems. For example, it can produce vision loss, progressive liver failure, etc.

Furthermore, in extreme cases, people with diabetes may face the loss of limbs due to circulation issues. They can also suffer from coronary and cerebral problems.

The glucose tolerance curve is a test that determines the presence of type 2 diabetes.

This evaluation was developed because many people with diabetes are asymptomatic. In other words, they have type 2 diabetes, but don’t have noticeable symptoms.

The glucose tolerance curve measures the body’s ability to metabolize glucose. Those with type 2 diabetes, for example, have a reduced capacity. At the same time, type 2 diabetes also alters a person’s metabolism in regards to the assimilation of carbohydrates.

What does the glucose tolerance curve consist of?

The first thing that individuals must do is undergo a glucose test. Before undergoing the test, it’s important to fast for 8 to 12 hours.

Medical professionals will take a blood sample to analyze the concentration of glucose in the blood (blood sugar level). Depending on the results, patients may have to take a dose of glucose by mouth, dissolved in 8 ounces of water. The exact amounts may vary according to a person’s particular body mass.

The rule indicates that medical staff should administer 0.8 grams of glucose for every pound a person weighs. However, this amount shouldn’t exceed 75 grams. Therefore, if a child undergoes this test, he or she will receive a smaller dosage of glucose.

After administering the glucose, laboratory staff will take blood samples every 30 minutes for 3 hours. With the results, they’ll create a graph that will produce a curve.

What are the normal values of a glucose tolerance curve

The values expressed by the analysis of the glucose test and the glucose tolerance curve are very important. They work together to determine if a person has diabetes or not, as well as what type of diabetes.

If a person’s blood sugar is between 60 and 100 mg/Dl, these values are normal. In other words, they don’t indicate diabetes. Furthermore, values of less than 200mg/Dl after one hour, or 144 mg/Dl after two hours are also normal.

If blood sugar levels after a period of fasting are between 100 and 125 mg/Dl, this is a sign of pre-diabetes. Blood sugar levels between 140 and 199 mg/Dl two hours after administering glucose confirms diagnosis.

“The values expressed by the analysis of the glucose test and the glucose tolerance curve are very important. They work together to determine if a person has diabetes or not, as well as what type of diabetes”

Values that are indicators of type 2 diabetes

A glucose content of more than 125 mg/Dl is enough to rule out the need for a glucose tolerance curve. Performing the glucose tolerance test in this case puts individuals at risk for hyperglycemic shock. In other words, it puts their life at danger.

Results of more than 200 mg/Dl after two hours of ingesting glucose are also an indication of type 2 diabetes.

The glucose tolerance curve is one of the most common tests for determining the presence of type 2 diabetes. In any case, if testing produces unfavorable results, individuals must change their lifestyles.

Your doctor will be the one to provide guidelines in regards to diet and other activities, according to your specific case.