Misconceptions About Hymens and Virginity

The relationship between hymens and virginity is no more than a myth. Like others, because of ignorance, it's a controversial and taboo subject. In this article, we'll bust some of these misconceptions. 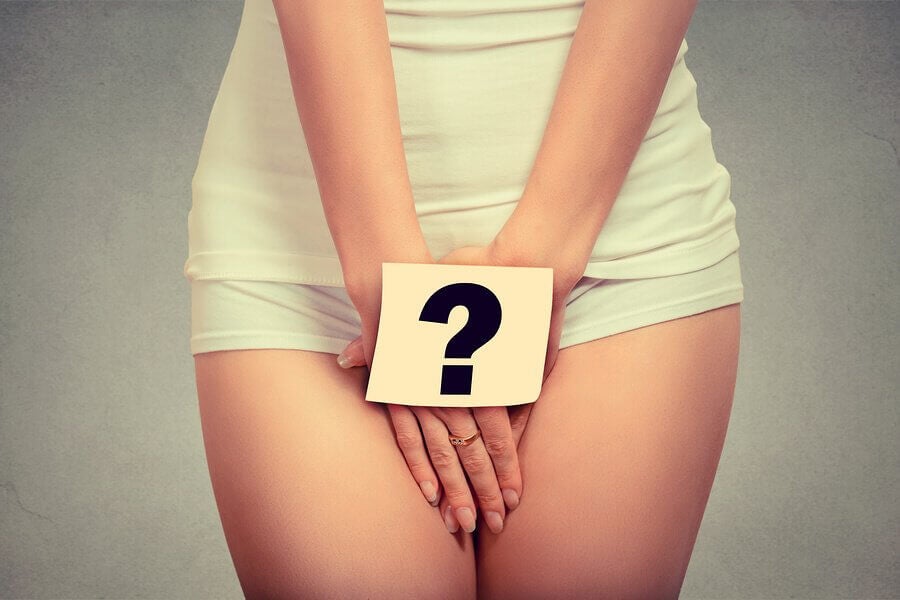 Sexuality, especially female sexuality, is surrounded by misconceptions. The stigma about it has been around for centuries, and has forced women to ignore their own bodies. It even pushes them to believe certain myths, like the one regarding hymens and virginity.

The taboo about female sexuality has made many cultures, even modern ones, still use hymens as proof of a woman’s virginity. Therefore, they’re even considered a sign of purity.

However, in addition to just a purity symbol for some people, they’re a part of the female reproductive system, whose characteristics are still a mystery.

All about hymens and what they do

The hymen is a tissue membrane in the vagina that partially covers the opening.

It appears in the first few years of women’s lives, where many believe it protects the vagina from infections. However, this feature disappears as soon as the body creates its own defense mechanisms.

Hymens can appear in different forms. They can be divided in two by an extra tissue, which are called septate hymens. On the other hand, they could also have a small hole, called microperforated hymens.

However, in general, even intact hymens don’t cover the entire vaginal opening. That would make it impossible to menstruate.

In any case, a small portion of the population may actually have a hymen without any opening at all. However, this is an anomaly, and can actually cause health problems. Nowadays, doctors can fix it with a very simple surgery.

When does the hymen break?

Although historically, people associated a penetrated hymen with losing their virginity, having sex for the first time isn’t the only thing that can break a hymen. Can you break your hymen without penetration? The answer is yes, of course!

Every person has a different hymen. Some are more elastic and fragile than others. In addition, they’re all different shapes and consistencies.

Some people may have been born with very little of a hymen. It also changes over time. As you get older, it gets thinner and thinner.

Does a broken hymen cause pain and bleeding?

There won’t always be blood when the hymen breaks. This depends on lots of factors, like its shape or consistency. Those will affect whether you feel a lot of pain or just a little.

The more resistant the hymen is, the more bothersome breaking it can be. However, it’s more likely to be thin and fragile during adolescence, so if it tears, you won’t feel any pain.

“Although historically, people associated a penetrated hymen with losing their virginity, having sex for the first time isn’t the only thing that can break a hymen.”

As for the pain women feel the first time they have sex, this has very little to do with the hymen. Normally, as we mentioned, this membrane is already worn down when this happens.

The real cause is that most women aren’t fully prepared when they have sex for the first time. In addition, if the couple is inexperienced, the nerves can contract the muscles, which makes them tense.

Vaginas, except for certain medical conditions, are designed for pain-free sex. However, lubrication is very important for easy penetration.

What to keep in mind about hymens and virginity

It’s important to learn more about how your body actually functions. In addition, find out the truth about myths or beliefs that stop you from developing a healthy and satisfying sex life.

Hormonal changes come with adolescence and the awakening of sexuality. Also, the supposed connection between hymens and virginity cause concerns based on false beliefs.

Don’t keep believing that you lose your virginity when your hymen breaks. That is a moment that’s not just physical, but also emotional. It goes far beyond just a tissue breaking.

Having this tissue intact doesn’t prove virginity. Therefore, it’s nothing to worry about. Get to know your body better, and teach your children true and factual information.

When to Make Your First Visit with the Gynecologist
A sense of worry related to the first visit with the gynecologist is perfectly normal. In this article, we'll take a look at how to overcome this. Read more »
Link copied!
Interesting Articles
Bumps and bruises
Jellyfish Stings in Children: What You Need to Know