How to Identify Appendicitis in Children

There are many symptoms associated with appendicitis in children, but they may not always lead you to think about this condition. Knowing the possible signals will help you have the right reaction. It's necessary to go to the hospital as soon as possible. 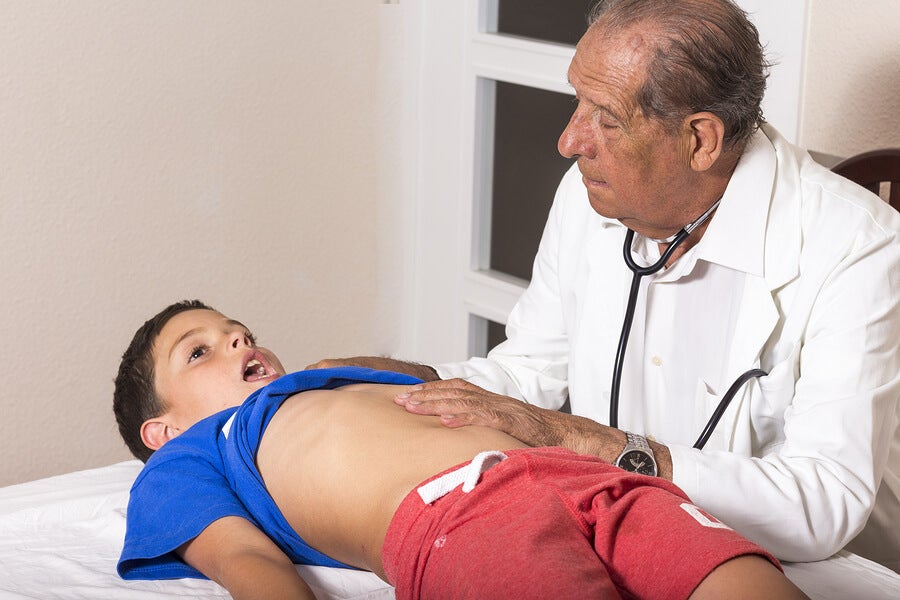 When it comes to identifying appendicitis in children, the classic symptoms suffered by adults aren’t reliable. Loss of appetite, nausea and vomiting aren’t exclusive indicators of this condition.

Only 33% of pediatric cases present the symptoms described. Therefore, it’s necessary to sharpen your senses before certain warning symptoms show up.

It’s a serious condition if the appendix ruptures. When this happens, bacteria are released into the abdominal cavity. This can cause a severe infection.

Appendicitis tends to affect mostly males and young adolescents around 20 years old. In children between one and four years, the average annual incidence is 1 to 2 cases per 10,000.
In the case of newborns, from 0 to 30 days of life, they’ve detected a few cases which are highly dangerous; the diagnosis of 80% of them is made through autopsies.
Because its symptoms are difficult to associate directly with appendicitis, medical assistance is key. Between 20% and 30% of pediatric studies show rupture of the appendix.

For physiological reasons, the spread of infection after rupture is imminent. Because of this, peritonitis is considered a serious illness, which can be fatal in some cases.

Actually, appendicitis isn’t very common in children. This makes it the main reason to confuse its symptoms with those of other diseases. It will be necessary, then, to be attentive mainly to stomachaches, which are one of the clearest signs.

Appendicitis pain begins in the navel area and, after a few hours, it extends to the lower and right part of the abdomen. The first thing would be to determine the severity of the pain. If the child feels pain, but continues playing, eating and laughing, it’s probably not that serious.

If the child complains of severe pain that limits his normal functions, it is necessary to go to the emergency room immediately. In some cases, children with appendicitis complain of a discomfort in the right leg, due to the pain reflex.

Beyond stomach pain, it is necessary to pay attention to other signs. These symptoms are:

Treating appendicitis in children will require surgically removing their appendix. If the child’s appendix didn’t burst, you’ll be given antibiotics to decrease the infection and remove it. When the appendix has ruptured, in addition to taking it out, you’ll need to pay close attention to clear the peritoneal cavity.

Once the appendix bacteria are gone, a larger surgery is required as part of the treatment. The goal is to ensure that the bacteria present don’t travel to other parts of the abdomen and cause a serious infection.

Children whose appendix has ruptured should stay longer in the hospital. It’s important to start receiving intravenous antibiotics because the risk of infection is very high.