The Lack of Vitamin D in Women

Vitamin D plays an essential role in our metabolism, bone system, and in the epidermis, as well as in immunity. However, many women lack this vitamin. In this article, you'll discover the risks related to its deficiency. 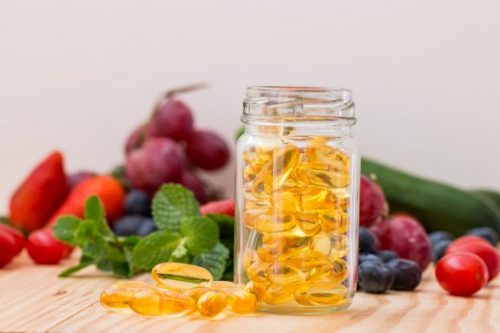 Learn how to detect some subtle yet effective signs that show you may have a lack of vitamin D.

If you notice that you have any of these symptoms, it’s necessary to talk to your doctor, who will probably recommend that you take a blood test. This is the only way to accurately determine your level of vitamin D.

Vitamin D is an extremely important nutrient because of its powerful effects on various body systems. This vitamin is mainly produced by the body from a specific type of cholesterol, which is transformed due to the effect of the sun.

However, vitamin D can also be absorbed by eating certain foods. Although it’s a vitamin, it’s also considered to be a hormone since it’s essentially synthesized in the skin through several stages of transformation in the liver and kidneys.

Vitamin D should certainly be a concern for women, especially for those who breastfeed and are pregnant and don’t receive supplements. Its deficiency is a risk factor for fetal development, the immune system, and bones.

Risks related to lack of vitamin D in women

The body produces a good amount of vitamin D. This occurs in the skin, through the effect that the sun’s ultraviolet light has on cholesterol. Meanwhile, another part comes from food.

Keep in mind that vitamin D is found in most foods. The main ones are fatty fish, cod liver oil, and some plants, such as mushrooms.

The lack of vitamin D in women is a real danger to their health. Some symptoms show obvious signs of deficiency of this vitamin, such as chronic and permanent pain in the bones, joints, and muscles, or a state of depression or fatigue.

In fact, a lack of vitamin D can have a negative impact on blood pressure. Therefore, taking a supplement of this vitamin is one of the best ways to regulate the pressure.

Serotonin is a neurotransmitter that regulates appetite and mood, which is activated by vitamin D in a hormonal way. Therefore, it’s a determining factor in women’s moods and plays an important role in depression cases.

“Vitamin D is found in most foods. The main ones are fatty fish, cod liver oil, and some plants, such as mushrooms.”

3. Fatigue and lack of sleep

One of the main functions of vitamin D is to help the body absorb calcium, in addition to fighting fatigue and stimulating the immune system. Fatigue and drowsiness are some of the most well-known symptoms of a lack of vitamin D in women.

As a hormone, vitamin D plays an important part in metabolism and the immune system. Much in the same way, it also plays a key role in the quality of sleep that women have.

Joint pain is one of the main symptoms caused by the lack of vitamin D in women. In fact, this vitamin can reduce pain in muscles and bones.

Vitamin D has beneficial effects on women’s health since it promotes the proper function of muscles, increases their strength, and reduces the risk of fractures.

It also helps prevent the thinning and weakening of bones and reduces the risk of osteoporosis, which is often common in women since estrogen levels decrease during menopause.

Lastly, take into account that vitamin D is still an organic substance that’s necessary for a woman’s metabolism.

Therefore, it’s essential to adopt a balanced daily diet and expose yourself every day to the sun, particularly during the morning. This will prevent the risks of this vitamin’s deficiency.