What to Do About Milk Retention

Overcoming the challenges that come with bringing a child into this world involves a good dose of patience and wisdom. Breastfeeding is a magical moment, but it also brings many factors with it that aren't so easy, such as milk retention. 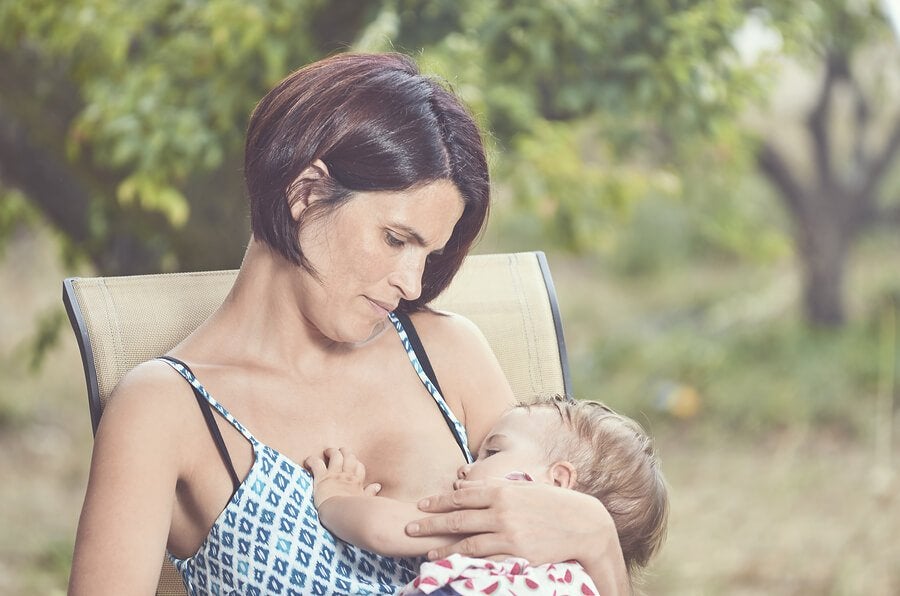 Breastfeeding a newborn is always the best option. This act strengthens the close relationship between mother and child, but it may be hindered if the mother experiences milk retention.

When this happens, women should try to keep calm and look for ways to help solve this inconvenience, rather than abandon breastfeeding.

If no solutions are tried, both the mother and the child are prevented from enjoying the benefits provided by breastfeeding, which include:

There may be social obstacles that involve a voluntary refusal to breastfeed, such as work demands or problems at home, among others.

Milk retention may also be due to pathological complications from both mother and child.

Some factors that can influence the appearance of this condition include:

The mother may suffer alterations in the nipple, such as a flat nipple, which causes the child to be unable to latch on and suckle.

Cracks in the nipple can be one of the causes of milk retention. In these cases, it’s recommended that a treatment based on nipple massages with cod liver oil be established as soon as this condition is noticed.

The use of the common bra is detrimental in these occasions, since the friction keeps the nipple’s wound open. It’s advisable to hold the breasts with a wide scarf worn on the neck.

It’s also wise to rest during breastfeeding to avoid worsening the nipple’s wound.

This usually occurs during the eighth or ninth month of lactation and is more frequent in first-time mothers. It produces inflammation and fever.

If it hasn’t subsided within 48 hours with the use of over-the-counter medications, heat or antibiotics, there may be a blockage that requires surgery.

Gently massage the breast in a circular motion. In these cases, the mother must get a lot of rest, especially on the days of greatest severity.

Other causes of milk retention

Among the general demands that require the mother to stop breastfeeding, it can be said that age doesn’t significantly influence milk retention.

Also, it’s important to mention that during menstrual periods, less milk is usually produced, and there may even be no milk at all. Sometimes the child may even show an intolerance to the milk.

If this is the case, the child can be offered a few teaspoons of boiled sugar water or tea water. In this way, you can still offer your baby liquid to absorb.

Ultimately, psychological complexes may occur in young mothers who breastfeed for the first time. This can result in milk retention or insufficiency.

This is often experienced by mothers who are easily persuaded by the opinion of “experienced” people around them. The irrational sense of presumption and ostentation of how well the mothers of their time raised children can produce episodes of anxiety in first-time mothers, who think they’re incapable of reaching such heights.

This situation results in irrational fears and irritability. Young and inexperienced mothers inhibit milk secretion because of these fears.

In short, if you suffer from milk retention, you shouldn’t be overly anxious. The main thing to do is find the source of this disorder and try to solve it with the help of your trusted doctor.