What Is Ovarian Hyperstimulation?

Fertility treatments give women who would otherwise not be able to experience motherhood the opportunity to do so. However, they can also cause ovulation disorders, one of which is called ovarian hyperstimulation. 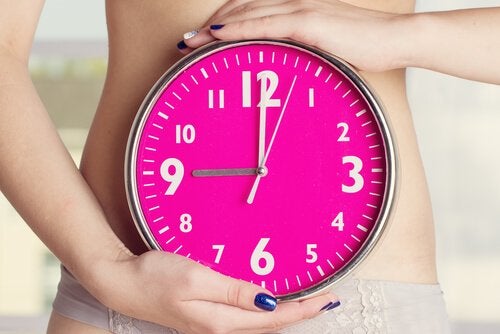 Ovarian hyperstimulation is a disorder that occurs in women who take fertility drugs. Instead of releasing one egg per month, the ovaries become “overloaded,” and this can cause health problems. Next, we’ll review the effects of this disease.

When stimulated with drugs such as HCG and GnRH analogues, the ovaries can be overstimulated and offer a higher than normal response.

As a result, unwanted symptoms and consequences may appear. One of them is an increase in the permeability of blood vessels and the consequential accumulation of fluid in the peritoneal cavity.

Between 0.06% and 14% of women who receive these treatments suffer from mild ovarian hyperstimulation. Moderate cases decrease to a percentage lower than 6%, while serious cases, which can be fatal, reach only 2% of treated women.

Women suffering from ovarian hyperstimulation typically have common characteristics, such as a low body mass index, being younger than 35, and having higher-than-average estrogen levels.

This condition has also been linked to other medical conditions, such as polycystic ovarian syndrome. Suffering from hypothyroidism also increases one’s chances of ovarian hyperstimulation, as do pituitary adenomas and gestational trophoblastic disease.

In mild cases, ovarian hyperstimulation can be detected from the following symptoms:

With regard to serious cases, the consequences can be far more alarming. These are the main ones:

If the patient’s condition worsens or if the syndrome isn’t treated in time, the damage can become worse. On such occasions, there may be a miscarriage, ascites and the appearance of luteal cysts.

How is it detected?

In mild cases, it’s recommended that the woman rest, ingest large amounts of fluids and avoid caffeine and alcohol. Keeping the legs elevated can be beneficial for getting rid of excess fluid. Analgesics may be prescribed in case of pain.

For moderate cases, the woman is hospitalized. The objective is to drain the accumulated fluid and avoid side effects.

“Suffering from hypothyroidism increases the chances of ovarian hyperstimulation, as do pituitary adenomas and gestational trophoblastic disease.”

When the treatment isn’t indicated or if this syndrome isn’t detected in time, the patient may even be at risk of death. This is due to the formation of clots in the bloodstream, kidney failure and respiratory problems caused by the accumulation of fluid in the pleural cavity.

In cases of greater severity, the patient isn’t only drained of fluids but also medicated intravenously. At the same time, of course, her health status is continuously evaluated.

These last cases are the rarest. Usually, the condition resolves after menstruation or, in any case, is detected early by specialists.

Can it be prevented?

Yes, ovarian hyperstimulation can be avoided. Maintaining constant communication with the professional in charge of fertility treatment is vital.

At the slightest symptom, he or she can make the decision to reduce the dose of drugs or to replace HCG with leuproline, a synthetic analog of the hormone that generates it.