Home » Health » Everything You Need to Know About Perthe’s Disease

Everything You Need to Know About Perthe’s Disease

Perthe's disease mainly affects children between 3 and 12 years old. It usually doesn't have consequences, but it's important to treat it properly. 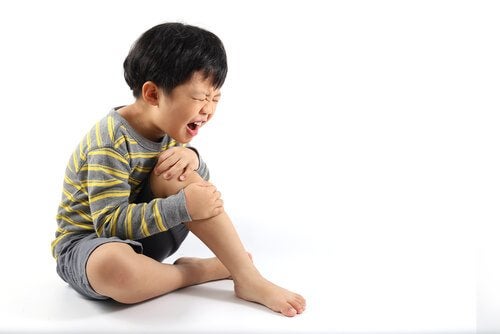 Perthe’s disease can show up between ages 3 and 12, and is much more common in boys. In fact, 80% of the cases studied are in males.

In addition, in 1 out of 10 cases, the lesion happens on both sides of the hip. However, they don’t happen at the same time.

In fact, the affected part is the head of the femur, also called the ball of the hip. Depending on when it appears and how each body reacts, it’s a disease that may or may not have consequences.

If it occurs after 8 years old, it can lead to malformations or arthrosis.

What are the causes of Perthe’s disease?

It’s still unclear what the origins of this condition are. However, it has been linked to certain factors:

All of this makes Perthe’s disease virtually impossible to prevent. You can only treat it once you detect it.

A doctor can diagnose this disease from the following signs:

However, it isn’t a condition with clear and obvious symptoms. Usually, once it’s diagnosed, Perthe’s disease has already developed. Its progress and regeneration period are already set.

How can you treat it?

Like other diseases, the treatment of Perthe’s disease has specific objectives, including  reducing pain, maintaining mobility, protecting bones and treating other possible issues.

After requesting an X-ray test or an MRI, the doctor might tell you some precautions to follow.

The first one is to usually hold off on intense physical activity. This is to prevent blows or sudden movement that could worsen the pain.

“Depending on when it appears and how each body reacts, it’s a disease that may or may not have consequences.”

Next, the doctor will help you calm the pain. You can achieve this through pain relievers and anti-inflammatory medications.

In the cases where the pain is so intense that the adductor muscles contract, you may need to take other measures.

Sometimes, children may need to go to the hospital. This is to place a traction system to keep their legs separated. In addition, they’ll give the patient muscle relaxants. You can do this through physical therapy.

In some cases, the patient may need an operation. This will depend on two factors:

If the disease affects the lateral third of the femoral head, doctors can perform an operation to repair the mechanical deficiencies. This will help the child recover better.

This part of the hip is what supports a large part of the child’s body weight. If it deforms, the consequences can be serious.

Despite it being uncomfortable, Perthe’s disease does have a cure. Therefore, it’s important to seek treatment right away. The right treatment can help prevent the child’s mobility from being a problem in the future.

The best thing to do is consult your doctor before any other symptoms appear.