What is Postpartum Psychosis? Causes, Symptoms and Treatment

If you're in the postpartum period and you feel that you're displaying behavior such as irritability, insomnia or hallucinations, this article may be fore you. 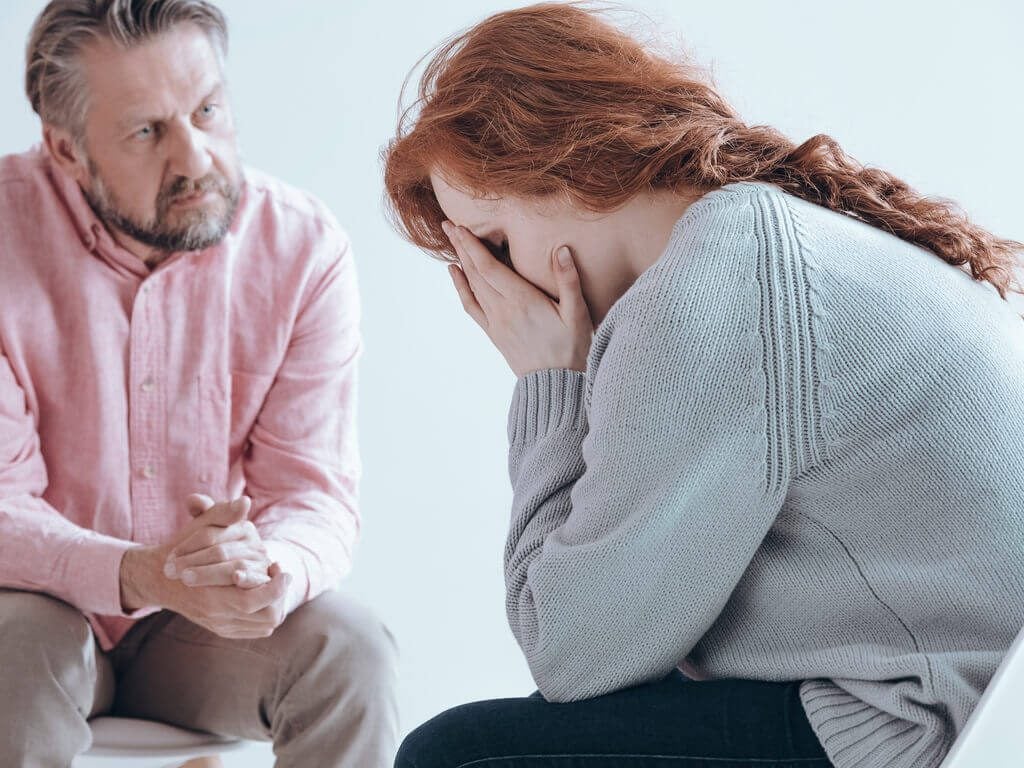 There are several factors that contribute to this condition. It has a great deal to do with the stress and hormonal changes related to pregnancy and childbirth.

The changes that a woman’s body undergoes after having her baby is also an influencing factor. And finally, the responsibilities of caring for a newborn also play a role in the appearance of postpartum psychosis.

This psychological condition is very delicate in that it can take up to several months to dissipate. Furthermore, it can lead to bipolar disorder.

As we indicated above, the main cause of psychosis during the puerperal period is stress. The stress level reaches a point that the mother cannot control.

This claim comes from a statistic analysis of the population that has suffered from this illness.

Based on those same studies, the following groups of women are more likely to develop postpartum psychosis:

Besides stress, there are other non-psychiatric conditions that can also contribute to the appearance of postpartum psychosis:

Now that we’ve discussed the causes of postpartum psychosis, we’ll go on to talk about the symptoms.

Mothers who develop postpartum psychosis experience symptoms that are akin to those of bipolar disorder.

Thus, the deduction is that many women already suffered from bipolar disorder or have a family history of mental illness.

That being said, not all patients present the same symptoms, nor the same severity of these symptoms.

Below you’ll find a list of the most common manifestations:

As for this last symptom, we want to make a distinction between postpartum psychosis and postpartum depression.

While there are very rare exceptions in which depression may turn into postpartum psychosis, these mental pathologies aren’t connected and are clearly distinguishable.

Puerperal or postpartum depression and postpartum psychosis do have some symptoms in common. However, they are two clearly different illnesses.

First, postpartum depression isn’t a radical mental illness, as is psychosis. In fact, through treatment with antidepressants, the symptoms can be eliminated.

However, postpartum psychosis requires hospitalization. In the past, electric shock therapies were even utilized, as the hallucinations do not dissipate with simple medication.

A mother with postpartum depression won’t experience hallucinations or identity loss. Nor will she display a disconnect with reality or fail to recognize those around her.

In fact, they can appear even up to 4 weeks after the baby’s birth.

Because postpartum psychosis is an extreme mental pathology, its treatment involves immediate hospitalization.

Many of the symptoms related to this illness don’t go away on their own. At the same time, they only fade slightly if not treated with the correct medication and supervised in case of a flare-up.

Therefore, treatment commonly involves admittance to an institution where an interdisciplinary team of professionals can care for the patient. This team will include a medical doctor, a psychiatrist and psychologist.

Treatment also requires the administration of a specific mixture of medications.

The medical professionals will determine what medications are necessary according to the patient’s needs, taking into account both mental conditions and possible organic illnesses.

In very extreme cases, sleep therapy is utilized. This type of treatment replaces electric shock treatment, which is no longer considered a viable treatment option.

Without a doubt, this serious and extremely rare condition involves intense treatment of the mother. If you notice these symptoms in yourself or someone you know, seek the assistance of a medical professional immediately.