Premature menopause can be a problem for women who still have plans to become mothers. However, should these plans be ruled out completely? We'll tell you below. 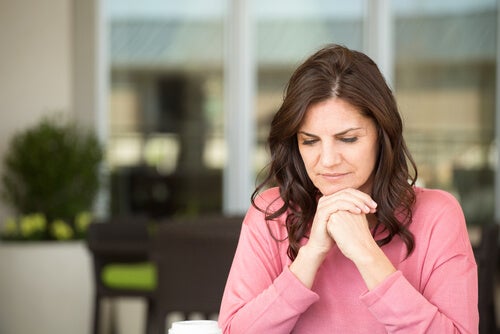 Premature menopause occurs when women under the age of 40 stop ovulating and having menstrual cycles. This condition can be caused by genetic factors or people’s lifestyles. But does premature menopause suppress every chance of getting pregnant?

After 51 years old, which is the average age of onset for menopause, women’s bodies undergo great changes. However, this can happen even earlier due to changes that we’ll explain in more detail below.

In addition to the normal symptoms of menopause, premature menopause can also produce other effects on a woman’s body. Many wonder if it causes infertility for those who have barely reached the age of 40.

We’ll try to provide information from the following data about this concern.

The symptoms generated by premature menopause are the same as those experienced by women over the age of 50. These include:

Another negative consequence is sterility. However, there are alternatives to correct this.

To be clear: menopause causes the body to stop generating ovules. However, through in vitro fertilization or oocyte donation, you could have a fetus in your uterus. Remember that your uterus is in perfect condition, so it’s not an impediment for being a mother after menopause.

Among the women who suffer from premature menopause, between 5% and 10% get pregnant normally. To a great extent, this depends on the possible intermittent functioning of the ovaries for a certain time.

In fact, many of these pregnancies are often not sought after, since the women think that their ability to become pregnant has disappeared.

This dysfunction of the ovaries has no possibility of being treated. It’s important, however, for the woman to be medicated with hormonal supplements in order to increase her estrogen level. It fulfills important immunological and regulatory functions in the body.

As a result of everything that has been explained, we can conclude once again that science grants opportunities to people who encounter obstacles on the road to parenthood. In the case of premature menopause, it’s worthwhile to lead a healthy lifestyle to help prevent this condition from occurring.