Social anxiety paralyzes teens and makes them avoid human interaction or feel distressed during them. In this article, learn all about social anxiety in adolescence. 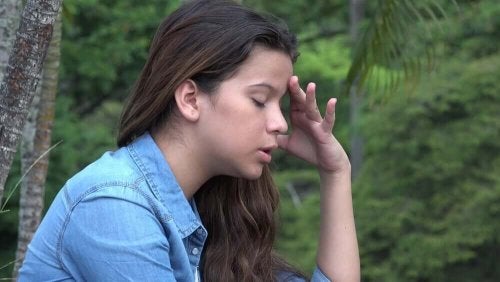 Social anxiety in adolescence can negatively affect the personal development of the teen who suffers from it. Far from being mere shyness, social anxiety is a disabling disorder that requires professional help.

Adolescence is the quintessential stage of sociability and friends. For teenagers, their peer groups become role models and a foundation to start building their independence on. Thus, imagine what it must feel like for a teen when social interaction causes them anxiety!

Social anxiety disorder, also called social phobia, is an intense and irrational fear of social situations. In this regard, the teen who suffers from it is scared of exposing themselves to others out of fear of being judged, rejected, or humiliating themselves.

Social situations cause them great anxiety, which is why they tend to avoid them much as possible. If they don’t or can’t, they can cause them a lot of discomfort.

The individual tends to be aware that their fear is disproportionate. However, they still can’t avoid getting paralyzed by it, which greatly impacts many areas of their life.

Also, the disorder is often accompanied by physiological symptoms, such as palpitations, difficulty breathing, upset stomach, or facial flushing.

Social anxiety disorder typically manifests at the start of adolescence, approximately at age 13. While it’s possible for teens who suffer from it to show signs of social discomfort as children, the change and interference this disorder causes in their lives when it manifests is significant.

Why does social anxiety occur in adolescence?

Several factors are involved in the onset of this condition. While it has a hereditary component, it isn’t as decisive as the components we’ll explain below. 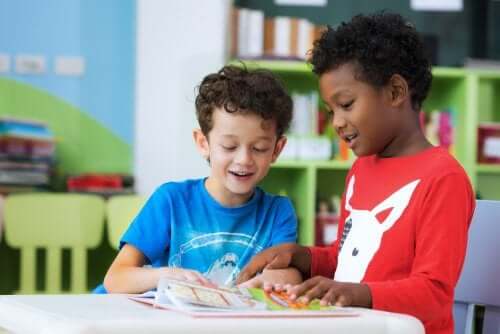 How to Teach Social Skills in the Classroom
As children learn to interact with their classroom environment, they start to develop and strengthen their social skills in the classroom. Read more »
Interesting Articles