4 Remedies Against Psoriasis for Children

Many children suffer from skin diseases like psoriasis. Next, we'll offer you four remedies against psoriasis. Take note and see how effective they are! 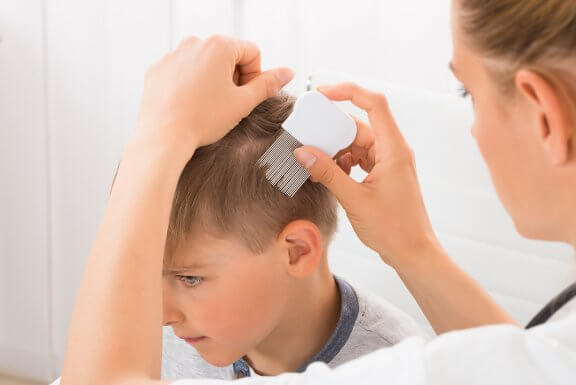 In this article, we’ll provide a few remedies against psoriasis for children. Psoriasis is a disease that causes people to develop scaly patches on the skin.

These patches can be painful and annoying for children. In addition, they usually appear all over the body, like the elbows, knees, back or scalp.

Psoriasis is a skin problem. It often comes with itching, inflammation, redness, and skin marks. It develops when the immune system stops working as usual.

In that case, the immune system tells the body to develop skin cells faster than normal. These cells aren’t eliminated as normal. As a result, the cells accumulate in the skin, which causes scaly spots to form.

Also, psoriasis is a chronic condition that’s normally passed down genetically. However, it’s not contagious. Fortunately, most children with this disease respond well to various treatments.

As with adults, the most common form of psoriasis is plaque psoriasis. Often, the first place for these patches to show up is on the scalp.

The best remedies against psoriasis for children

Here are some alternative treatments available for children with psoriasis. Of course, don’t consider them as a replacement for a medical consultation. However, they are great complements to medical treatment.

The first remedy is turmeric. In fact, treatment with turmeric is usually aimed at reducing the growth of skin cells. In addition, it decreases scales on the skin.

Keep in mind that turmeric is effective in skin treatments because it controls the inflammation and spread of psoriasis.

Some studies confirm that this spice contains powerful anti-inflammatory abilities that can help relieve symptoms of psoriasis. If you want to use it, we recommend adding it to foods such as soups or stews.

While there is no scientific research to support the effectiveness of banana peels as a psoriasis treatment, it’s one of the many home remedies that have helped people with this skin condition. Certainly, this is because of the strong anti-inflammatory properties of bananas.

Banana peels are also a rich source of antioxidants. In fact, its extracts are often used in soothing lotions. It helps moisturize and soothe dry skin patches. In addition, it relieves the discomfort caused by itchy skin.

The refreshing effect of banana peels relieves pain and itching. If you want to try it at home, you should only cut the banana peel into small pieces. Then, rub the inside of the peel on the affected areas.

Aloe vera is a plant known and used for centuries for its therapeutic values. It’s great for treating psoriasis since it’s a natural moisturizer. In addition, it contains healing properties to regenerate cells.

At the same time, it also fights against aging. As if that weren’t enough, it has anti-inflammatory and disinfectant properties.

This plant has been used for millennia for its soothing action, especially to combat skin problems.

In fact, you can find several aloe vera products on the market to reduce discomfort. Most of the time, they come in the form of ointments or gels to apply to the affected area.

“Psoriasis comes with itching, inflammation, redness, and skin marks. It develops when the immune system stops working as usual.”

Coconut oil is also used as a skin moisturizer. Additionally, it’s ideal as a topical treatment. Keep in mind that the greatest benefit of this oil is its ability to hydrate dry skin. On the other hand, coconut oil is especially effective when itchy patches appear on the scalp.

When applied to the skin, it can reduce inflammation and help relieve dryness. Therefore, we recommend applying the oil after showering. This is when skin is more able to trap moisture.

You should leave it on for about half an hour. Remember, coconut oil may offer some relief for this condition. However, it should never replace the treatment plan your doctor prescribes.

As you can see, numerous natural products are excellent treatments to reduce and alleviate psoriasis symptoms. Surely, these remedies will help your children alleviate discomfort from psoriasis. Don’t hesitate to try them!

What Causes Flaky Skin on Newborns?
The most important thing is to relieve their discomfort. Here are some tips that will allow you to reduce flaky skin on newborns. Read more »
Link copied!
Interesting Articles
Illnesses in children
Pancreatitis in Children: What You Should Know