Everything You Need to Know About Having a Retroverted Uterus

Approximately 20% of the female population suffers from a retroverted uterus. It's usually a condition that shows no symptoms. Your doctor can easily diagnose it through a pelvic exam. 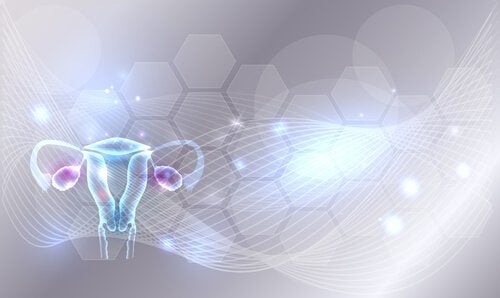 A retroverted uterus, also known as a tilted or tipped uterus, is an anatomical difference in the female pelvic area. The uterus is positioned towards the rectum, instead of facing forward as normal.

This condition is caused by genetic or external factors like abortions, inflammatory processes, pelvic surgeries, or menopause.

General features of a retroverted uterus

Having a retroverted uterus is a very common condition. About 3 out of 10 women suffer from it.

All of the causes are unknown. However, the most commonly known one is that during or after delivery, the uterine ligaments tear. This causes a temporary retroversion. Menopause, surgeries, pregnancies, fibroids, and endometriosis can also cause it.

A large majority of girls who suffer from this are unaware that they have it. They often don’t have symptoms. However, some women may show the following signs:

Your gynecologist will need to perform an exam to diagnose this condition. They can do this through a regular physical exam or an ultrasound.

Does having a retroverted uterus affect fertility?

For many years, people thought that having a retroverted uterus made it impossible to conceive. However, recent studies show that the uterus’s position doesn’t stop sperm from reaching the egg.

It’s even common for the uterus to go to its natural position in the first weeks of pregnancy.

On the other hand, if you’ve been trying to get pregnant for a while, you might have a different infertility disorder. Try some of these tips to help conceive:

If sex is painful, consult your doctor. They can tell you the most comfortable positions so your sex life doesn’t have to suffer.

Can having a retroverted uterus affect pregnancy?

Absolutely. When a woman with this condition conceives, the uterus will actually go to its normal position to protect the baby. Otherwise, it could cause a miscarriage.

However, it’s very rare. On the other hand, if the uterus doesn’t change its position on its own, the doctor might suggest a technique to rotate the uterus. This helps the pregnancy go as normal.

Possible treatments for a retroverted uterus

In general, this uterine condition doesn’t have specific treatments. It’s up to your doctor to decide what methods to use. However, it’s a good idea to go back regularly to prevent any complications.

In extreme cases, some options to treat this condition are:

In the vast majority of cases, a retroverted uterus doesn’t show symptoms, nor does it affect fertility and pregnancy. It’s a good idea to talk to your doctor who can tell you what to do to prevent long-term issues.