By finding out about the symptoms and treatment of Rett syndrome, you will be able to support sufferers and their families. 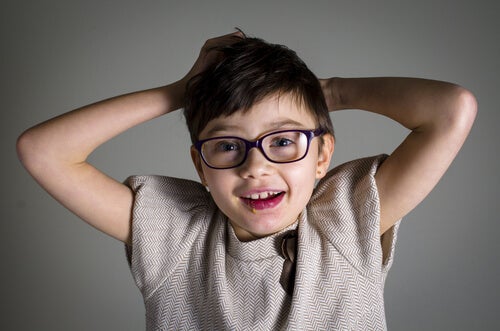 Among the enormous variety of illnesses and disorders that can affect human beings, there is a category of rare diseases. These are conditions that affect five or fewer people out of every 10,000. One of these is Rett syndrome.

Rett syndrome is a genetic disorder that affects the nervous system. It is sometimes nicknamed hand-washing syndrome. This is because people with the condition often make repetitive involuntary movements, as if washing their hands.

As with the majority of rare diseases, a diagnosis may be slow to arrive. Rett syndrome is easily confused with autism, developmental delays or cerebral palsy, leading to delays in treatment.

Rett syndrome generally affects girls and women, since it is caused by a gene found on the X chromosome. When it occurs in boys, it is usually fatal within a few days of birth.

During the first few months of life, babies with Rett syndrome do not show any signs of abnormality. After six months of age, developmental delays may occur, and infants may lose the abilities that they have learned.

Girls with Rett syndrome have low muscle tone and a tendency to avoid eye contact. They may be slow to learn to speak.

They often display the symptom that Dr. Rett observed: the repetitive hand-washing motion. These children may also suffer from convulsions and alterations in their breathing, particularly just after waking up.

Rett Syndrome is also associated with delayed growth and restricted motor function. In infants, it may cause irritability, uncontrolled crying and excess saliva production. Babies with this condition often have abnormal sleep patterns. Their cardiac rhythm may also be affected.

Due to alterations to the autonomous nervous system, girls with Rett syndrome often have trouble chewing, swallowing and digesting food. They may grind their teeth and move their tongue involuntarily. They may also suffer from stomach pain, constipation, gallstones and acid reflux.

Three in four girls with the syndrome suffer from scoliosis or curvature of the spine. When they walk, their gait is rigid and unsteady, often on tiptoes. Due to the circulation problems associated with the syndrome, their hands easily get cold and turn blue.

Since Rett syndrome is incurable, the aim of treatment is to alleviate the symptoms. This is a progressive disease that gets worse over time. However, treatments can improve the quality of life of people with this syndrome.

A multidisciplinary clinical team should carry out treatment, given that the symptoms of the condition affect different systems throughout the body.

Neurologists, pediatricians, psychologists, speech therapists and physiotherapists may be necessary, among others.

Studies on the use of certain drugs, such as L-dopa, bromocriptine and naltrexone have shown some positive results. These medicines have lessened symptoms such as acid reflux, irritability, hand movements and breathing difficulties.

The effects of medication on this condition are not permanent, however. The complications of Rett syndrome require ongoing medical attention throughout the lifetime of the patient.

Additional medicines such as antacids, laxatives, medication for epilepsy and arrhythmia may be necessary, as well as supplements of vitamin D, calcium and more.

Diet is also an important factor in controlling the symptoms of Rett syndrome. Patients may require a high-calorie, high-fat diet in order to promote growth and weight gain.

In some cases, surgery may be necessary in order to correct issues arising from scoliosis and acid reflux.

The life expectancy of people with this pathology is between 40 and 50 years of age. Research into the syndrome is ongoing, however. Scientists are working to develop therapies that alleviate the symptoms and to identify better diagnostic methods.

Nowadays, many families allow their children to spend several hours a day in front of their screens. While there's nothing…

Interesting Articles
Sports and activities
What Is Unstructured Play and Why Is It Important?