The Risk of Whooping Cough for Babies 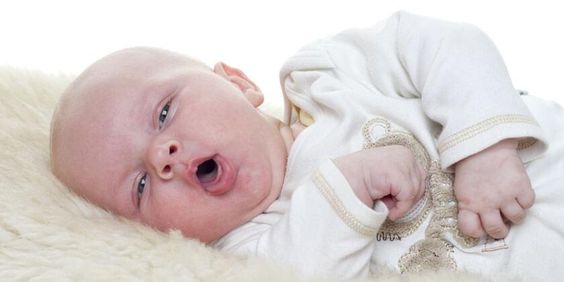 Whooping cough, also called pertussis, is a serious illness caused by a bacterial infection of the respiratory system. It is characterized by coughing fits followed by a sharp sound upon inhalation.

This contagious respiratory illness affects mostly infants under six months that haven’t been vaccinated against pertussis in a timely manner. It can also affect children between 11 and 18 years whose vaccine immunization has been reduced.

Whooping cough vaccines have considerably reduced the number of deaths from this illness. However, many babies and children still die because they don’t receive treatment in time, when whooping cough causes them to stop breathing.

In this article, we’ll share how you can protect your child from whooping cough. Have you and your child been vaccinated to prevent this disease? If you haven’t, you should consider getting this preventative vaccine done.

Whooping cough is typically transmitted through coughing or sneezing around others who inhale the bacteria. That’s why many babies get the infection from their parents, siblings, or caregivers, who may not even know they have whooping cough.

Upon contracting this illness, their lungs and respiratory passages begin to get inflamed. Then the trachea gets infected, which causes a persistent violent cough.

This illness is named after the sounds it produces in children and adults alike. When they try to breathe in between coughing fits, you’ll hear a whooping cough.

The first symptoms of whooping cough that appear are usually the same as those of a common cold.

After two weeks, the dry and irritating cough transforms into coughing fits lasting longer than a minute. They can be very difficult to control.

During these intense coughing fits, the child can become red or purple. When the coughing fit ends, they can make noises while inhaling or even vomit.

Although many babies and children exhibit these symptoms, they might not be present in every single case.

Some little ones don’t cough or make noises. They may feel like they can’t get air to breathe or even stop breathing for a few seconds.

Likewise, your little one may have contracted pneumonia (a lung infection) and have difficulty breathing. About half of babies with whooping cough are hospitalized, and a few of them die each year.

It’s important to remember during these coughing fits that the baby’s lips and fingernails may turn blue due to lack of oxygen. The child may also expel or vomit a thick mucous.

Whooping cough represents a true risk for any baby under one year of age. They may suffer complications like pneumonia, convulsions, brain damage, or even death. That’s why specialists recommend taking the baby to urgent care immediately.

Pediatric specialists can advise parents and suggest going to the hospital if the baby has difficulty breathing, persistent vomiting, convulsions, or symptoms of dehydration.

Whooping cough can be prevented by administering the DTaP vaccine (diphtheria, tetanus, and acellular whooping cough). This is given in five doses before reaching six years of age. The American Pediatric Academy also recommends that children between 11 and 18 receive a booster, for additional protection.

Likewise, this vaccine can be administered to adults who haven’t been previously vaccinated, especially when these adults are sharing a home with infants.

The adults could potentially develop complications of whooping cough that could put the infant’s life in danger.

When to call the pediatrician

If you suspect that your baby contracted whooping cough or was in contact with someone with whooping cough, even if they’ve received all of their preventative vaccines, you should consult your peditatrician. Even more so, if your baby suffers from prolonged coughing fits.

The warning signs are intensified if these coughing fits are accompanied by any of the following:

Now in the case where your child has already received medical attention and has been diagnosed with whooping cough and received home treatment, don’t hesitate to request immediate medical attention if they begin to convulse, have difficulties breathing, or show signs of dehydration.
Link copied!
Interesting Articles
Exercise for children
How to Motivate Children to Stay Active