Self-Injury in Teenagers: What You Need to Know

In such a complicated stage like adolescence, youth can succumb to certain behaviors that put their health at serious risk. Self-injury is an example. So, what do we need to know about this issue? 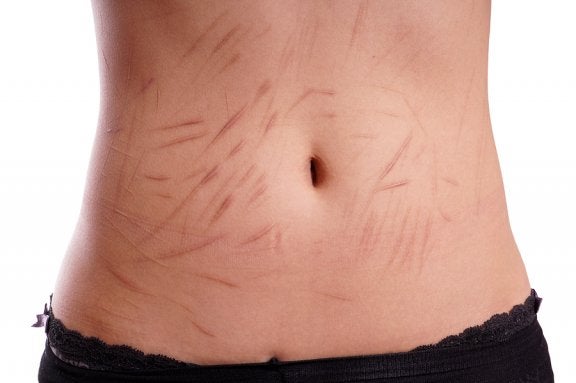 If you notice your child has cuts, bruises, burns or frequent wounds, it’s extremely important to pay attention. Self-injury in teenagers is a silent way in which they scream for help.

Technically, this behavior is known as non-suicidal self injury. Up until recently, the Diagnostic and Statistical Manual of Mental Disorders considered this behavior as a symptom of some sort of mental disorder..

Today however, self-injurious behavior is now treated as something separate from mental illness. Self-injury in teenagers is a problem that is growing at an alarming rate. In the past 30 years, cases of self-injury have multiplied all around the world.

The age in which self-harm in teenagers begins is between 12 and 16 years. At the same time, it appears that up to 63% of these teens continue to injure themselves up to the age of 17. This clearly demonstrates that a great number of youth are trapped by this behavior.

Girls usually opt for injuries where they can see blood, like scratches and cuts. However, boys usually aim for bruises and burns. The strange thing is that, while women are more prone to this sort of behavior, the rate among boys is growing much faster.

22% of European adolescents have injured themselves without suicidal intent at least once in their lives. This is according to a study carried out by the Department of Clinical Psychology and Health at the University of Madrid. Furthermore, the researchers came to the conclusion that 8% self-injure repeatedly.

Self-injury in teenagers: Why do they do it?

To be clear, we could say that self-injury is like a drug. It’s a sort of pain-killer that’s stronger than any other product on the market. Self-injury “helps” teens regulate their emotions.

Sometimes fear, rage, sadness and anger appear repeatedly and teens don’t know how to handle them. Therefore, they prefer physical pain that makes them forget the emotional pain. It’s a sort of evasive behavior that releases tension and reduces negative feelings.

It’s important to point out that these actions are in no way impulsive. Just the opposite. Teens plan them, wait to be alone, and enjoy their small ritual of knives, cigarettes, lighters and sharp objects.

As with other addictions, youth experience a false sense of peace immediately after injuring themselves. It’s like taking a dose of some fast-acting drug. The problem comes when, minutes later, the anxiety comes back – along with feelings of shame and guilt.

While it’s true that these teens aren’t attempting to kill themselves, self-injury heightens the chances of possible suicide attempts in the future. Parental intervention is extremely necessary when it comes to self-injury in teenagers.

Is there a solution?

Self-injury in teenagers is a disorder that absolutely requires psychological treatment. Teens must come to understand that self-injury does nothing to solve their problems. Rather, it adds more problems to their lives.

It’s important for professionals and parents to get to the root of the problem – in other words, whatever is causing a child’s depression, anxiety, eating disorder, etc.

Many therapists focus their efforts on teaching techniques for emotional self-control. These can include intense physical exercise, cold water showers, allowing children to scream or punch pillows, etc.

Organizations such as the International Society for the Study of Self-Injury (ISSS) offer assistance and orientation. They do so through therapy, guidance and resources – both for patients as well as their families.

It’s important to understand that self-injury in teenagers is a strong cry for attention. Asking them why they do it will only make them more anxious. What these teens need is understanding and empathy.

“22% of European adolescents have self-injured without suicidal intent at least once in their lives. Furthermore, the researchers came to the conclusion that 8% self-injure repeatedly”

A trend with many followers

Self-sabotage has become a trend with its own name: Cutting. You can even find tips on the internet about how to do it.

On Instagram, photos and videos of teens proudly showing off their injuries are available for anyone to see, without filters.

Many teens begin to self-injure for fun. What they want is a bit more adrenaline, or to fulfill some challenge to be able to post some viral hashtag on their walls.

However, we should never minimize any sign of alarm. In most cases, self-injury is not an indication of a personality disorder. However, it’s a sign of low self-esteem, an inability to have healthy relationships, and low emotional intelligence.

The repercussions of self-injury during adolescence have been so significant that a new television show, Sharp Objects, deals openly with the issue. This sort of resource, as well as professional intervention, can help you accompany your child and find a solution.