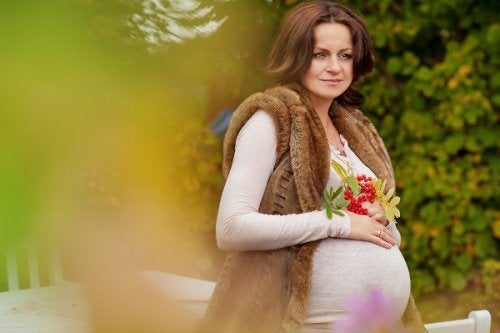 Older mothers are faced with many challenges. However, many mothers who have experienced late motherhood have revealed that it worked well for them.

Many older moms also say they are very happy with their decision. Researchers have also found that children born to older mothers are usually happier and healthier emotionally.

A study of around 4,000 Danish women revealed that children born to older woman had fewer emotional issues. In that sense, late motherhood brings benefits both to mothers as well as to their children.

Older mothers are more balanced; they know what they want and have already achieved success in many ways. Scientists are not implying that other women cannot achieve the same results, however. We are all children of mothers of varying ages, and it cannot be said that most of us suffer from emotional problems.

Nevertheless, this study revealed certain interesting differences that are worth noting.

Why do older mothers have children who are healthier emotionally?

In the study, scholars observed the upbringing of children in several different stages. Participating in the research were more than 4,700 women who had children after the of age of 33. Their children’s behavior was analyzed in three different stages, at 7, 11 and finally at 15 years of age.

The following were among the main findings of the study:

Older mothers tend to employ different types of punishment than younger ones. They were found to use less physical and verbal reprimands. They were a little bit more understanding with their children. Guiding them in a gentle way rather than being harsh. According to experts, that means that their children are not affected as much by hurtful words, injustices and mistreatment.

They also found that children from the age of 7 to 11 years old show few emotional, social and behavioral problems. When the child reaches the age of 15 the panorama changes. During puberty the mood of a young adult can be altered by many factors. However, they found that when the children were those of older mothers, the change during puberty is not as drastic.

In order to reach concrete conclusions, the researchers took other factors into account. The family’s financial situation and education level are just a few examples of the other factors they analyzed.

They arrived at the conclusion that the main factor at work was the patience that the older mothers raised their children with. Patience is a virtue that older women acquire over the years.

Benefits of parenting at an older age

In addition to increased patience when raising a child, researchers also found that late motherhood increased mothers’ life expectancy. Older mothers have already experienced the good and bad in life.

Those who have never been mothers may be unconcerned with their health. However, older mothers tend to harbor a bit more fear of tragic events. This fear makes them take precautions that can be life saving, which is why their life expectancy usually increases.

Previous studies have shown that the life expectancy increase by 50% for women who have had children past the age of 35. This means they’re 50% more likely to reach the age of 95 when compared to women who become mothers between the ages of 20 and 29.

Although we know that all children are beautiful and intelligent, a study in 2016 also shows that children of older mothers tend to be taller and more intelligent. The data was obtained by studying a population f 1.5 million people born to older women. The study shows that these people are in better physical shape and tend to get better grades at school.

Studies on maternity in women over the age of 50 show that they have more energy than we would think. In most cases, these women become mothers thanks to the donation of eggs. As you can imagine these treatments are very difficult and expensive. But the mothers maintain high energy levels throughout the whole process.

Experts have not been able to determine why the children of older mothers tend to be healthier emotionally. They also do not fully understand why these children possess outstanding qualities. They assume that it all has to do with their genes.