What Are the Main Symptoms of Ovulation?

Our bodies experience hormonal changes in different ways. Thanks to menstrual cycles, women can receive signals of many of the things that are occurring in their bodies. So, what are the symptoms of ovulation? 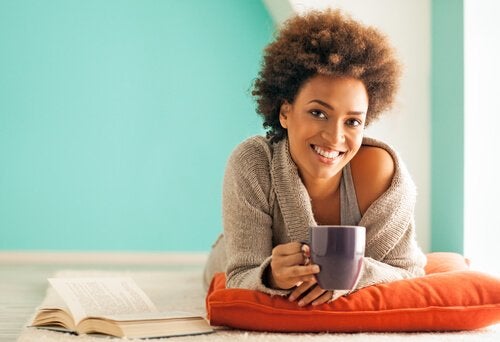 Each woman’s body is different. Because of this, it will respond in its own way to the many and varied symptoms of ovulation, and other hormonal changes that women experience.

In some cases, women’s cycles are so precise that they ovulate on the same day of each month. There are others, however, who can’t specify their ovulation date with too much precision as it varies every month. Before we look at the symptoms in more detail, we need to define exactly what ovulation is.

What exactly is ovulation?

When one of the ovaries releases an egg then we say that ovulation has taken place. Once released, the ovule can be fertilized and then it implants itself in the uterus, thus beginning the process of pregnancy.

A woman’s most fertile period occurs five days before ovulation, and on the day of ovulation itself. A woman is more likely to get pregnant on the last three days of this period.

Some women think their menstrual cycle starts and ends with their period, but that’s only partly true. Menstruation brings with it physical and emotional symptoms. However, the menstrual cycle isn’t the only event that sends signals.

The symptoms of ovulation are noticeable in some women, and for others they go unnoticed. It’s very likely that those who have experienced them don’t associate them with the fact that they’re ovulating.

That’s why we’ll describe some of the main symptoms of ovulation here, so you can see if you suffer from some of them.

Most common symptoms of ovulation

This is one of the most common symptoms. The fact that you’re suffering from a headache shouldn’t cause you concern, but if the pain becomes quite intense then you should consult your doctor for an alternative treatment.

The cause of these headaches are the hormonal changes that women experience in their body. Some women even have menstrual migraines during these periods.

If a woman takes oral contraceptives then the pain can become even more intense and frequent. In these cases, we recommend that you consult with your gynecologist who may suggest that you change the type of contraceptives, or even the contraceptive method.

These types of headaches can be recognized because most of them are felt on just one side of the head.

Hormonal changes can cause mood swings. A woman can experience several swings between happiness and sadness throughout the day.

Cervical fluid has a gelatinous and transparent appearance when the woman is ovulating or is close to ovulating. A greater amount of this discharge indicates that ovulation is in progress.

Before ovulating your body’s temperature is very constant. One of the symptoms of ovulation is the possible decrease in your normal temperature at the beginning of the cycle and then a drastic increase immediately afterwards.

If you monitor this symptom on a monthly basis then you’ll be able to predict when ovulation will occur.

The desire to have sex and the chances of getting aroused often increase.

6. Vagina is more sensitive and swollen

You may notice a slight swelling in the vulva plus an increase in sensitivity.

Colic or abdominal pain may occur at the time of ovulation.

8. Pains in the back and kidney area

You may well suffer from some cramps in the lower lumbar area, although these shouldn’t be too intense. These can cause you discomfort and an awkward posture when walking or when sitting.

9. Increase in the amount of gases

Other symptoms of frequent ovulation are:

How to know for certain if you’re ovulating

These days there are devices available for purchase called “ovulation tests.” These act in a similar way to pregnancy tests. They detect the concentration of hormones, indicating whether ovulation is taking place or not.

The symptoms of ovulation that we’ve mentioned above may indicate that the process is about to begin or is in progress. But to detect it accurately you must resort to these kinds of tests.

These tests can also help detect possible health complications that are being attributed to ovulation, but could well be some other condition or illness.

Link copied!
Interesting Articles
Illnesses in babies
The Relationship Between Food and Eczema in Babies