What are the symptoms and causes of vomiting and phlegm? It really depends on each case. If you're worried, it's best to consult your doctor. 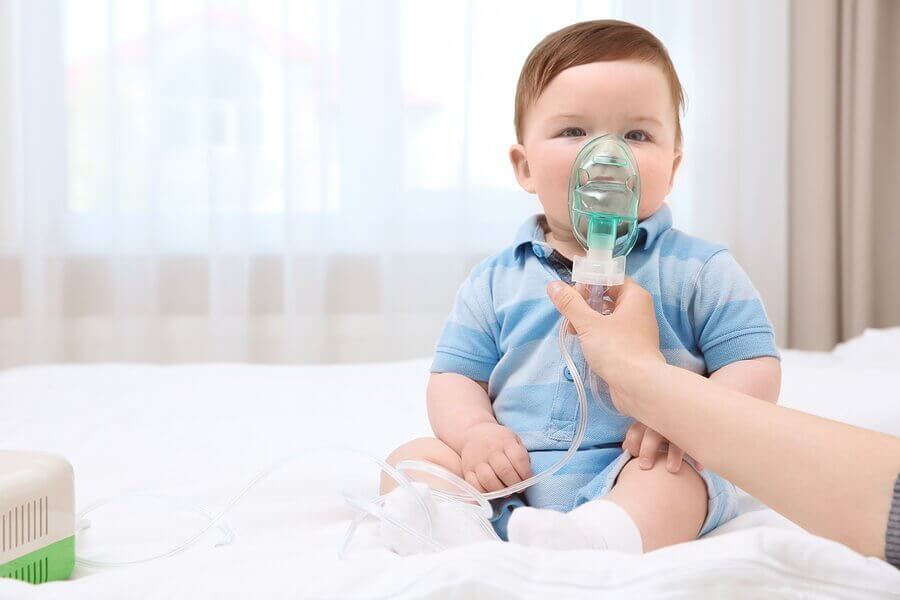 Vomiting and phlegm can have different causes and meanings. There are several possible triggers that could lead to these symptoms in babies and children.

Depending on children’s age, each family will try different ways to treat them. Sometimes it only lasts a short amount of time. However, sometimes you need to visit your pediatrician.

Additionally, babies regularly spit up. This is spontaneous and totally normal. When babies spit up, a small amount of milk comes back out of their mouth.

However, vomiting requires effort from the body and abruptly brings back up contents from the stomach. There’s a specific part of the brain that activates when there’s an infection or some kind of poison in the body.

How to recognize different types of vomiting and phlegm

It’s always better for your pediatrician to know what happened. That way, the doctor can add it to your child’s medical history in case he needs this information later.

Possible causes and treatment of vomiting and phlegm in babies

In babies, excess food or milk can quickly make them vomit. For babies under one year old, the concern among parents is that their baby will choke on it.

Whenever mothers exclusively breastfeed, the only way to prevent vomiting is to have babies sit up after eating. That way, they can digest the milk properly.

On the other hand, gastroenteritis is one of the most common causes of vomiting and phlegm, which is usually caused by a rotavirus. Its symptoms include diarrhea, high fever, and irritability.

If your child is vomiting because of gastroenteritis, be careful when giving him liquids. Although it’s important to stay hydrated, drinking too much water will only cause more vomiting and phlegm. Also, the best liquid for your child to drink is water.

Never try to rehydrate your child with sports drinks because they have too much sodium. As for rehydrating drinks sold at the pharmacy, we recommend that you only give your child one if your doctor recommends and prescribes it.

Regarding food, children who suffer from gastroenteritis will rarely feel hungry. Therefore, it would be better for them to eat a variety of dishes, but in small quantities.

However, you shouldn’t force children to eat under any circumstance. Between meals, your child’s digestive system needs time to work.

“Gastroenteritis is one of the most common causes of vomiting and phlegm in children.”

What can children with an upset stomach eat? The best idea is to serve them a healthy, bland diet. Also, it’s important to recover the nutrients that they lost through diarrhea and vomit.

Other causes of vomiting and phlegm in babies are coughing and a runny nose. Since the airways are covered, children can feel nauseous and even vomit.

In general, stomach pain from coughing and mucous happen mostly in the morning. This is because there was mucous buildup at night. In any case, it’s important to find out what caused your child’s symptoms.

Finally, remember that, regardless of the type of mucous, it’s always important for babies and children to be hydrated. However, if your child dry heaves, has a dry mouth, only urinates a little, or doesn’t have tears when he cries, he might be dehydrated.

Is it possible to prevent vomiting and phlegm?

Vomiting and phlegm are usually symptoms of some other condition in children, like gastroenteritis, mucous, coughing, fever, etc.

What can you do to prevent vomiting and phlegm? Since they’re usually symptoms of something else, it’s hard to prevent them. That’s why it’s important to ask your doctor for the best treatment.

Also, beware that sometimes kids get in the habit of vomiting to get something they want or to get your attention. If this is the case, the solution isn’t ignoring it. Find out what causes them to be upset and try to address the issue.

Nausea and Vomiting During Labor
Studies confirm that vomiting during labor and throughout pregnancy is quite common. Throwing up affects 70-80% of all pregnant women. Read more »
Link copied!
Interesting Articles
Childhood psychology
The Concept of Intelligence and Its Evolution