You don't need to panic if your child gets stung by a wasp. Have a look at our recommendations about wasp stings and what to do about them. That way you'll be able to face this situation much more calmly! 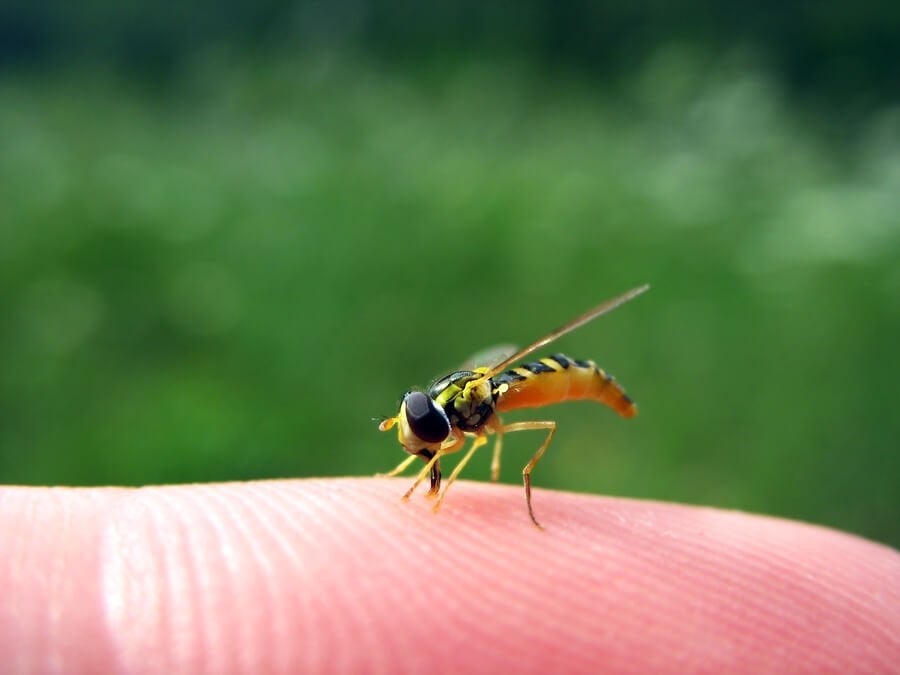 Bee and wasp stings are something that many parents worry about. This is partly due to the fact that they don’t know how their child’s body will react to the sting.

In these cases, adults often wonder whether they should take their child for emergency treatments, or if they can treat them at home. They’ll also need to take into account how their child is reacting to the sting. That’s why parents really want to know what to do if a wasp stings their child.

Spring and summer are when there are more wasps around. These are also the months when children tend to go outside to play, And so, naturally, there’s always a greater risk of getting bee or wasp stings.

That’s why you need to know what to do when it happens, so you can deal with this little “emergency” effectively.

The first thing you should do is not lose your cool. It’s good for you to know that, even if the child is allergic, there’s no reason to panic. If a wasp stings him, you’ll have enough time to evaluate the situation and give him the necessary attention. In theory, wasp stings should be an emergency.

A good first step is to know what type of enemy you’re facing. Wasps are hymenopteran insects. They’re from the bee family. But unlike their relatives, they have a straight stinger that doesn’t stay behind in their victim’s skin.

Because of this, they can sting someone several times consecutively. This is what could complicate the situation in comparison to what happens with a bee sting. When a bee stings you, a part of its abdomen detaches itself, and it dies.

Both bees and wasps inject a substance containing components that cause strong pain and inflammation. However, if you treat the sting correctly, it rarely carries major consequences.

What to do about wasp stings?

Here are some tips for treating wasp stings in children:

“Wasps are from the bee family, but they have a smooth stinger that doesn’t stay stuck in the skin of the individual they attack”

What you should teach your little ones about wasps

No one is exempt from getting bitten or stung, but we should still be teaching children about the dangers and painful consequences of disturbing or annoying these insects. It’s very important that children know:

Finally, if you know that your child is prone to suffer severe allergic reactions, it’s advisable to talk with your pediatrician. He’ll advise you about the best sort of emergency first aid kit you can have with you, and an emergency plan for delicate cases like yours.