How Does The West Nile Virus Affect Pregnancy?

The West Nile virus is an infection that affects the nervous system. It can be very difficult to detect because the infection occurs through the simple bite from an infected mosquito. 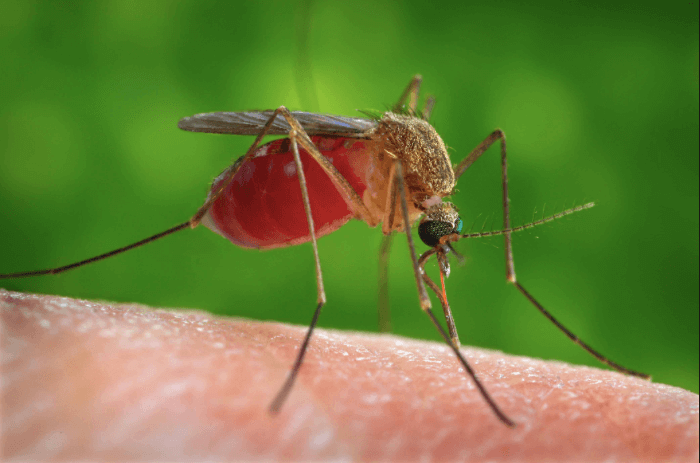 The West Nile virus is an infection that spreads through the bite of an infected mosquito. The main result of the infection is a specific kind of swelling known as encephalitis.

The time of year when the greatest risk of infection exists is during the summer months. This is, in part, because people tend to spend more time outdoors.
At the same time, the summer climate favors the survival of mosquitos and insects in general. That’s why it’s important to be careful and take necessary measures to prevent the spread of infection.

The West Nile virus is a serious infection that affects the nervous system and requires a great deal of care and precaution. Its spread can be very difficult to detect, considering it occurs through a simple bite from an infected mosquito and doesn’t always produce symptoms.

Without early medical attention, the West Nile virus can result in death.

Encephalitis, swelling of the brain

This virus, also known as WNV, is an illness that appeared fairly recently. The first registered cases appeared in 1937 in Africa, in 1957 in Europe, and in 1999 in the United States.

The West Nile virus begins to manifest itself through very mild symptoms, like fever and headache. Because these symptoms are so common, they don’t tend to cause alarm. This makes diagnosis of this major infection very difficult.

When the West Nile virus is present, it causes irritation to the tissues of the brain, which results in swelling and pain.

Symptoms of the West Nile virus

Unfortunately, without necessary medical attention, fever and headache can lead to a much more intense and noticeable pain. Among the most common symptoms are the following:

How does WNV affect pregnancy?

The latest research has found that the West Nile virus can affect mothers during pregnancy. As a result, the fetus can also be affected and may have or develop one or more illnesses at birth.

According to the Center of Disease Control, between 7 and 10% of babies born of infected mothers will present serious birth defects. The most prominent include Cleft palate and Down Syndrome.

The same study indicates that the complications and risks seem to depend on the moment in which the mother is infected. In other words, the effects of the illness vary depending on whether the infection occurs during the first, second or third trimester.

While there is still much more we need to discover, experts believe that WNV is responsible for many cases of various malformations. This includes both malformations that are observed during the prenatal period as well as upon birth.

The appearance of symptoms and precaution

Symptoms typically appear between 3 and 14 days after the original mosquito bite – the most common cause of infection.

Some medical procedures such as transfusions or transplants present a minimal risk of infection as well. If you’re nursing your baby, the same minimal risk exists.

In most cases, pregnant women require treatment that includes the administration of intravenous liquids. Infected mothers will also undergo blood tests to detect any change that could affect their health or that of their unborn baby.

How to prevent the spread of the West Nile virus?

Clearly, it’s important to take safety measures depending on where you live. This includes plague control – as exhaustive as possible – and also the use of repellents and natural antibiotics.

It’s also important to avoid exposure during the hours and to the areas that are most prone to plague activity. At the same time, you should avoid stagnant water. If you find a dead animal on or near your property, it should be buried or incinerated.

If you’re in the country and have equestrian animals, try to stay away from them. Research has shown that they’re common carriers of the West Nile virus.

In other words, infected mosquitos can pass the virus onto horses, and then pass it onto humans through the same mosquito activity.

If you’re pregnant, you must practice extreme precaution. Unfortunately, there is little you can do if you’ve already contracted the West Nile virus. Therefore, the best thing you can do is be careful and take all of the preventative measures possible.