Worms in Children: What to Do? 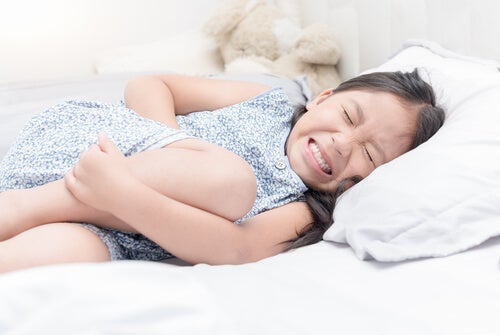 Here we’ll talk about how to detect, prevent and treat worms in children. Also called pinworms, worms are small parasites that children sometimes contract. Their scientific name is Enterobius vermicularis.

Their appearance is that of a small, thin worm approximately 1 centimeter long. They are whitish or gray in color, and they move. They lodge in the large intestine, anus and, in the case of girls, the outer part of the vagina.

Symptoms of worms in children

How are children infected with worms?

The contagion begins with itching. The child scratches himself, and as he is not yet aware of the importance of washing his hands or of the possibility of contracting diseases, he puts his hands in his mouth.

It is also possible to transfer the worm eggs from one’s hands to any object, which can then be put in the mouth. This type of behavior is normal during the early years of childhood. Other family members can also become infected through the objects.

How to detect worms in children

There are several methods. The simplest is to look at the child’s stool. If small worms appear, he has contracted worms.

The mother can also carefully observe the anus area by spreading the child’s buttocks. If the child is infected with worms and this procedure is done at night, the mother will probably be able to see the parasites.

Another method is to use strips of an adhesive paper created for this purpose. The paper is placed on the anus and removed after a certain period of time, then observed under a microscope.

Eliminating worms in children is quite simple. A medication is administered orally. It’s usually just one dose, which some pediatricians recommend repeating after about 20 days in order to eliminate the parasites that were in eggs and survived the initial treatment.

Some specialists recommend administering the treatment to everyone who lives with the child in order to avoid the spread of the parasites, especially to anyone who shares a bed or bedroom with the child.

Skin lesions caused by scratching may also be treated. There are soothing and anti-inflammatory creams and ointments for this purpose. In the event of more serious injuries, a pediatrician must evaluate whether the lesions are infected and prescribe an antibiotic ointment.

Here are some recommendations to avoid contracting worms in children and the rest of the family: