Advice for Disciplining a Small Child 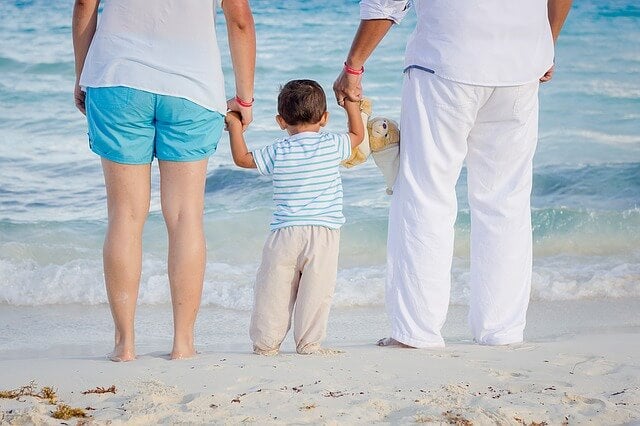 Disciplining a small child, especially from the ages of one to four, can be very difficult and require lots of patience.

At this age, a child does not yet have sufficient language skills or the ability to express their negative emotions in words. The easiest way to do so is with disruptive behavior like tantrums, shouting, stomping and even aggression.

Just because children know how to express their emotions doesn’t mean that all kinds of negative behavior should be allowed. What they really need is guidance, support, and love from their parents in these difficult moments.

It is important to use effective and positive discipline. However, this could be one of the most difficult and frustrating jobs of being a parent. It is a battle of willpower between children and parents.

While your ten-year-old can understand that they should not hit their little brother on the head with a toy, they may act out in other ways. So, what exactly does the word “discipline” mean for a small child?

The discipline model for young children

Some people think that discipline is comparable to whips and punishments. This is not what it really means, at all! Discipline means establishing norms to stop your little one from behaving aggressively like hitting or biting. These behaviors can be dangerous and inappropriate.

Discipline is important when it comes to rules being broken. Children should understand that their actions have consequences (positive or negative). The tricky part is deciding how to establish limits and stop bad behavior in young children.

Choose your battles and don’t try to control everything

It is a good idea to choose your battles and not try to fight everything that happens daily. When you are always saying “no, no, no” your child will not understand that “no” has an important meaning. That’s why we can’t say “no” all the time.

You should define what is important to you, establish limits with consequences and see them through. Then when your child does little things that cross those limits, just redirect their behavior in a caring way.

Some inappropriate behaviors can be prevented by understanding your children. It is important to learn to anticipate what is about to happen. This will allow you to create the necessary circumstances to avoid a tantrum.

For example, if your child wants to play with toilet paper but is destroying it, you can tell them one time not to do it. The second time, explain to them why they shouldn’t do it. The third time, take the toilet paper and store it somewhere high that your child can’t reach. Don’t succumb to the irresistible temptation to over-react.

If, for example, you have an 18-month-old that gets irritable when hungry, you can control their meal times. That way, you can offer them food before they show signs of hunger.

If your three-year-old son likes to draw on the walls, it is better to hide the crayons in a box out of their reach. Always color under adult supervision. This way you can avoid bad behavior but they can still express their creativity.

The most important thing for two- to three-year-olds is to be consistent. That will allow them to understand that their behavior can affect people around them.

If one day it annoys you when your child plays ball and another day it doesn’t annoy you, your child will be confused by your reactions. They will not know what to expect in these situations.

Always remember to react in the same way. This way, your child will learn the lesson even if it takes five times.

It is important to be consistent and coherent in these situations. Remember not to get anxious. Peace and love will be your best allies when it comes to disciplining your young child between one and four years of age.