How to Avoid Raising an Overprotected Child 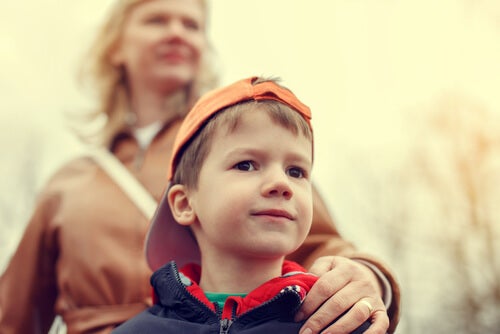 All parents obviously want the best for their children and for them to develop important life values. However, sometimes without realizing it, they raise an overprotected child. Why?

Many parents bring up their children in an overprotected way to prevent them from suffering, letting their children have everything within reach to keep them happy.

But overprotective parenting is a mistake. The main reason is that it doesn’t allow children to develop or learn how to do things on their own, or to overcome their own difficulties.

All parents are overprotective at some point, and to some extent this is normal. It is an instinct for us to ensure our children don’t suffer.

But if it happens routinely as we raise our children, we can end up causing them harm.

Children between the ages of 2 and 3 are beginning to develop the foundations of their emotional world, and many haven’t begun to interact with other children or to play yet.

Sadly, overprotected children are very common these days. It’s also common to see parents accompanying their almost-adult children to school, or teenagers who turn to their parents when the slightest problem arises.

At this age, they have almost become adults, and this is a real danger.

What does overprotection really mean?

There are a variety of behaviors that fall under the umbrella of an overprotective parent, such as:

How to avoid raising an overprotected child

The main reason why parents behave in an overprotective way is that they don’t understand the advantages of letting a child do things without help. When your child asks for help, the main thing is to give suggestions that help him to solve the problem with his own resources.

It’s logical that a child will make mistakes, but there’s no need to prevent him from making them. Ideally, help him see that he can achieve things little by little.

Of course, at this age it takes time, because you have to remember that you’re helping your child develop and to assimilate a series of guidelines.

It’s also a good idea to explain to the child the reason for doing various things, so he can act alone even when there’s no adult next to him to explain how to do it. We can start with simple gestures, such as setting the table, picking up things, participating in the simplest home tasks, seeing to their own hygiene habits, etc.

If your child is shy, you can try to go out more often to help open his or her circle of friends, to share feelings with peers, etc… but never by obligation. Otherwise, it will be worse, because children can end up developing a lonely and distrustful personality.

In situations that may be complicated, instead of avoiding them we must prepare our children to become their own best ally.

What is the limit: to pamper or protect?

As we have previously pointed out, we cannot confuse caring and showing affection toward our children with overprotection. It’s time to establish some criteria.

What most parents try to do is to help their children develop by teaching a set of values that will help them grow as a person.

What a child needs at such an early age is for their family environment to be as similar as possible to what they’ll eventually find when they go out into the “real” world. That is, they should learn little by little to be independent, to draw conclusions and to know what to do in each moment, but without established rules.

We want our children to see each day as an adventure in which there is something new to learn.

That is, talking with your child, trying to understand, wanting to listen to their problems, doubts and complaints, finding solutions together, talking instead of arguing, speaking calmly instead of shouting, explaining with care why something is wrong… This is not raising an overprotected child, but teaching independence.