Using Building Toys in the Classroom

Children of any age always appreciate building toys in the classroom. Not only are they lots of fun; they're also educational and teach children many valuable conceptual skills. 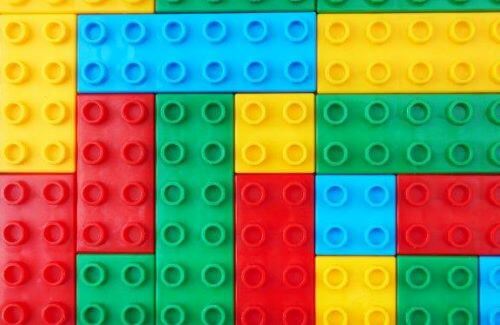 Although the level of difficulty and the nature of the task may change, children of almost any age enjoy building activities and experimenting with new materials. Children as young as one year old like to arrange blocks and even adolescents can spend hours absorbed in this kind of activity, which to them only seems like “play.”

Moreover, building toys help children to develop a number of skills. We’re going to highlight a number of these benefits below.

Fine motor skills are the ability to use the small muscles in your hands, wrists, and fingers. We use these abilities to pick up and grasp things or when writing, for example.

Yvonne Caldera is a Human Development and Family Studies specialist. Along with her colleagues, she carried out a study that was highly significant.

They observed 51 preschool-aged children while engaging in building activities and they discovered a pattern: the children who showed more interest in building things created more sophisticated structures.

The same pattern has been reported in other studies like that by Oostermeijer in 2014. It seems like children with advanced spatial abilities are very motivated by building toys in the classroom. Furthermore, there are good reasons to think that building toys have an impact on children’s development.

An experimental study recently showed the effects of constructive play with a block toy; the kind of game where children build a structure from a model or set of instructions.

A group of 8-year-old children participated in the study. They carried out 5 sessions of structured play with block toys that each lasted about 30 minutes. Afterward, all the children showed improvements in mental rotation.

Cognitive flexibility is the capacity to change focus quickly from one relevant stimulus to another. Therefore, it’s very important for a child’s cognitive development.

Sara Schmitt (Perdue University) and her colleagues carried out a study in 2018 on structured play with building blocks. For this, they picked a classroom of children at random.

In the first sessions, the tasks were relatively simple. For example, the children were instructed to “build a tower.” As the children became more familiar with the materials, they were asked to complete more complicated tasks. For example, “copy the structure that you see in the image.”

At the end of the study, the children that had participated in games using construction blocks showed improvements in cognitive flexibility.

The results showed that children who had played with foam blocks (a divergent building toy) were better at managing divergent problems. Additionally, they showed more creativity in resolving problems.

Studies show that children become more sociable when they work in groups. They also expand their emotional and social intelligence using cooperative constructive play with their classmates and friends.

They have proven that children with autism who attend group sessions of constructive play showed improvements in sociability when compared to children trained in the social use of language (Doctor Lauren Owen, University of Sheffield, 2008).

Other research on children with standard levels of social development suggests the same. Children that work on cooperative projects with these toys form better quality friendships.

Developing engineering skills with constructive games in the classroom

It’s easy to see how constructive games can teach children important lessons about architecture and engineering. A builder who builds structures at a small scale has to abide by the same laws of physics as a structure at full scale.

When it comes to the physical properties of objects, studies suggest that students learn best when they can experiment first-hand. Likewise, building toys give children an excellent opportunity to learn and develop their intuitive understanding of mechanical forces.

Therefore, taking all this into account, we can say that constructive games are an excellent educational investment for the classroom. LEGOs are everyone’s favorite toy, but we can also search for others that are useful and appealing to children.

DIY Toys: Guaranteed Fun for Your Children
With DIY toys, you can get your kids to spend less time in front of their screens. Read this article to learn more about this great entertainment option. Read more »
Link copied!
Interesting Articles
Raising a child
10 Applications for Learning Languages