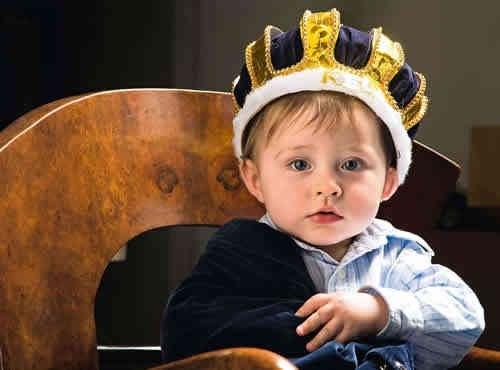 There is a big difference between bringing up narcissists and raising children with high self esteem. Research has shown that narcissism is rooted in social interaction, due primarily to excessive praise from parents, and not to a lack of affection. Self esteem, meanwhile, is shaped by affection, and doesn’t come from parents who overvalue their children’s achievements.

A recent study, published in Proceedings of the National Academy of Sciences in the United States of America, explains that narcissistic behaviors are more frequent in children who internalize an idealized view of themselves.

They get this view thanks to the tendency of their parents to overpraise them. Narcissism in children or adults refers to a person with an excessive and exaggerated admiration of him or herself. This could be in relation to their physical appearance or their gifts or qualities.

When they learn about this, parents generally ask themselves how they can praise their children without running the risk of causing them to become narcissists, which is ever more common in the western world and can lead to violent and aggressive behavior.

Express your affection without overpraising

It is ideal for parents to express their affection and appreciation for their children; however, doing this does not mean telling them that they are superior to others, that they have certain privileges or that they are more intelligent or beautiful.

Although every parent in the world thinks their children are special, and they are, it is important to highlight their qualities in a balanced way, helping them to develop healthy personalities.

When you overpraise your children, experts in psychology assure us, you are not doing them any favors. Doing this can generate a false self-image, which is dependent upon external recognition. Additionally, making certain comments, even in a subtle and well-intentioned way, suggests that the child must fit into a specific image: the image that they believe you have of them.

Leave your ego at the door every morning and just do some really great work. Few things will make you feel better than a job brilliantly done.

And, according to Olga Carmona, an expert in brief psychotherapy and infant and adolescent pathology, in an article for the Spanish newspaper El Pais, if the parents of a child constantly remark on how intelligent their son or daughter is, what the child internalizes is that, for their role models and figures of attachment, intelligence is highly valued.

The child understands that their parents’ affection will depend on their ability to display the quality that is so important to them.

So, what most parents need to avoid is overpraising their child, as this could contribute to the development of fragile self-esteem, which is based on the opinions of others and not the child’s own acknowledgement of their true capabilities.

When this occurs, the child will grow up to be an adult who depends – perhaps throughout their entire life – on external recognition to feel good about him or herself.

Avoid turning your children into narcissists

Someone who is a narcissist is also someone profoundly insecure. This person displays their supposed self-love; however, they feel obligated to show this off in order to compensate for their internal insecurity. This type of behavior or personality can be avoided if you change the way you compliment your children.

In fact, the authors of the study on narcissistic children offer a series of tips for parents, which are aimed at avoiding the construction of this type of personality, which is so damaging to individuals and to society in general.

Experts also explain that overpraising children is not the only cause of narcissism. There are also genetic factors as well as other environmental causes. They clarify that some children may be more prone to narcissism than others when given excessive parental praise.