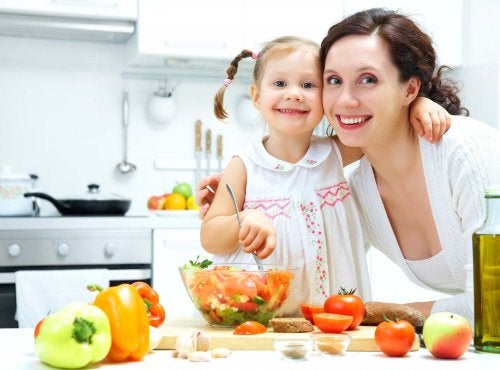 It is even possible for habits to be executed without thinking about them, since the brain has already recorded them. These actions are generally called habits whether they are bad or good; they can also be associated with instincts and heredity.

To call a habit good or bad can vary depending on the context. For some cultures an action may be considered just a habit. However for others it can be considered bad or unpleasant. In the same way, “good” habits are not necessarily accepted as “good” in all societies.

Although some habits are harder to handle or accept, they may be difficult for a person to get rid of. But that doesn’t make them less of a person. When we speak about habits, we usually refer to hygiene, feeding or daily routines. To a large extent, habits can also be unhealthy, such as smoking.

According to general opinion, good habits are those that lead a person to feel an overall sense of satisfaction and greater quality of life.

On the contrary, bad habits lead to negative consequences for the person who carries them out. Some of these habits are very difficult to get rid of if they are not dealt with in time. For this reason, these types of habits are normally called vices.

Now, habits that children develop can either be good or bad. If the bad ones are not dealt with in time, it will be very hard to eliminate them in the future.

Parents should always carefully watch their children’s behavior in order to differentiate between the actions they make. It’s also necessary to think of an action plan to solve behaviors you regard as being “bad.”

Starting from the first months of life, children start forging their own habits. These habits develop throughout one’s life and many of them stay forever. Some childhood habits are common, meaning they are found in most children. This is because children cannot yet tell the difference between good and bad.

In most cases, children’s habits are not at all  reprehensible. However, in some cases it is necessary to intervene so that bad habits do not consolidate.

Below are several common bad habits among children:

Whether it be fingers or toes, it is a primary reflex that is observed from the womb. This habit can be maintained for two reasons.

You can often see month-old babies sucking their fingers, mostly the thumb. They do it when they are tired, when they are hungry or to relax before sleeping. Although this action usually goes away over time, in others it becomes a frequent action until adulthood.

It can cause physical damage such as malformation of the jaw and teeth, for which many need orthodontists. Parents should try to control and make an effort to try to deal with this habit in order to prevent the future consequences.

You can use methods such as distracting the child or trying to calm them down with a toy. It’s also important to find the root cause of why your child is sucking their fingers.

This habit is called also called onychophagia, and should be treated in the same way we treat the habit of sucking fingers. Biting fingernails usually expresses a state of nervousness or anxiety. In these situations it is preferable to distract the child rather than reprimand them.

If they have anxiety of fear, they bite their nails in order to calm down. If you reprimand or show them you are upset it could make matters worse. In other words they will bite their nails with more frequency and the habit will be reinforced.

It is very important to find out the root cause of the anxiety or nervousness in order to control the problem. In some cases children can bite their fingernails until they bleed. Try to put their fingers in a bitter substance or something they do not like in order to get them to give up this habit. It will be very difficult but not impossible.

This habit is seen in both adults and children. The difference is that children are capable of performing the action in public with no shame. More than just not being hygienic this habit can also cause nasal hemorrhaging.  Some investigators have confirmed that this habit normally occurs in moments of boredom or when the child is anxious.

One of the main reasons children do this is because they still don’t know how to blow their nose, which they later learn. It is recommended to give children (depending on the age) a little handkerchief and show them how to use it.

It is also important to teach children to do this in private. There is no need to worry, as this habit usually disappears with the passage of time and with the use of the advice we have provided.