Do you know what formal thinking is about? It's a stage of cognitive development that occurs at the beginning of adolescence. We'll show you the main characteristics in this article. 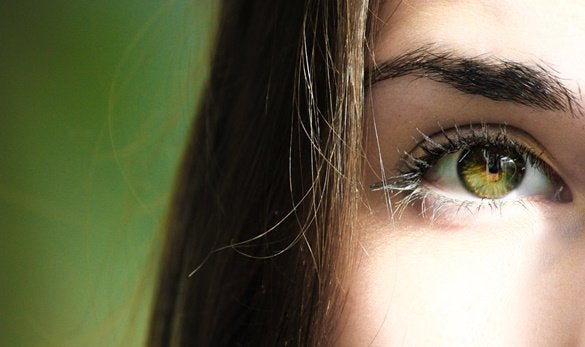 Cognitive development goes through an important change after childhood. Adolescents begin to develop formal thinking, which allows you to think beyond the concrete present and think abstractly.

During childhood, kids hardly think beyond “the here and now” when trying to reason. However, as the years go by, they learn to think beyond what they can see.

Formal thought is when individuals acquire the ability to make hypotheses that are beyond reality. That’s to say, their analyses don’t start with what they see before their eyes. On the contrary, they start with the natural laws that explain the phenomenon.

An example is explaining the rain. A child would say that water falls because there are clouds in the sky. However, a teenager over age 13 or 14 could broadly explain the processes behind it.

Jean Piaget and Bärbel Inhelder are considered two pioneers in the study of formal thought. Let’s look at the characteristics they attribute to this mental process.

First, they explain that during adolescence, brain flexibility causes new processes to activate. They’re important for generating theories and opinions of their own in various topics. This way, teens can create abstract explanations that they can contrast with reality.

As formal thought develops, teens realize how important language is. This is because their reasonings are no longer given on physical, concrete issues. On the contrary, they’re based on verbal proposals that they can analyze.

In this sense, they can also understand more complex statements. Consequently, they can form more encompassing statements. They can describe complex thoughts through more detailed sentences.

In addition, among the many things Piaget and Inhelder wrote, they also state that formal thought is useful in solving problems. With it, adolescents organize, select, and use information to predict the results of their actions.

This process is very important in academics, of course. However, it’s also important socially. Since this is extremely important at this stage of life, you shouldn’t overlook it.

When does formal thought develop?

According to Piaget, everyone learns formal thinking. This happens regardless of the social and educational context they are in. According to this author, adolescence occurs between ages 11 and 20.

In addition, this includes the last stage of cognitive development: formal thinking. Before, there were sensorimotor, pre-operational, and concrete operations.

“Formal thought is the instance when individuals acquire the ability to make hypotheses that are beyond reality.”

Interpreting the world through formal thought

As we mentioned, adolescents are capable of performing another type of analysis of reality when they enter this phase. Now, they no longer look at behaviors or people, but rather feelings or emotions.

For example, a child can love his brother or his parents because they’re part of his family. However, a young man can see other concepts in these relationships. He can see fidelity, unconditional love, understanding, and support.

It’s normal for teens to adopt a certain self-centered attitude in these years. They think a lot about the world around them and how they relate to it.

In addition, teens are in the process of forming their own personality. It’ll be common for them to abstractly analyze many things. They can analyze injustices or discrimination, even based on their own experiences.

On the other hand, things also take on more meaning. Adolescents find more meaning in patriotic, religious, and sports symbols, for example. Teens see them as something they can identify with or not.

Finally, adolescents begin to think about their future once they start to develop formal thinking. This is a central tool for them. It will allow them to plan their lives and think about what they want to be.