6 Habits Children Should Have Before Reaching Adolescence 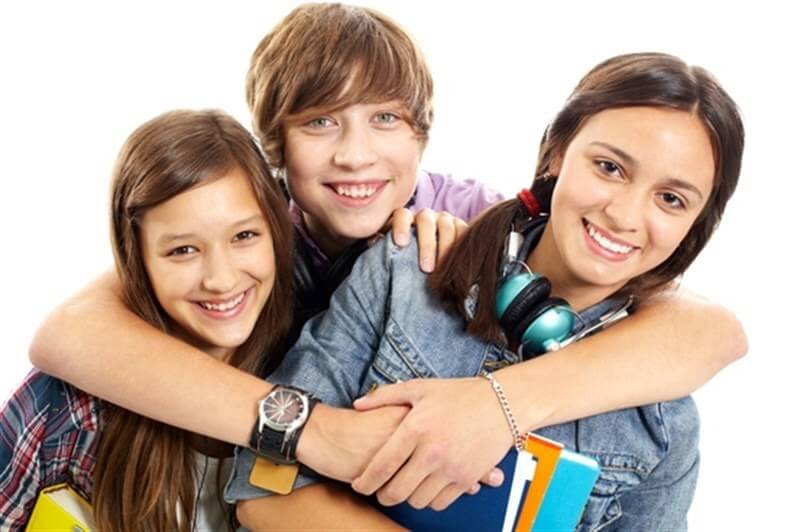 It’s important for parents to be aware of the habits that children should have before reaching adolescence.

Our children need to understand certain things by the time they become teenagers, before facing the real world.

When our children are very young, we don’t pay too much attention to small incidents, words or erroneous behaviors.

But this phase ends quickly and there comes a time when we must stop and think.

In a few years, they’ll become adults. By then, it’s likely that our advice and warnings won’t have the same effect as they do right now.

That’s why we must take advantage of our present opportunity.

What habits should a child have before reaching adolescence? Can parents really do something about it?

There is always a moment in childhood when the door opens and lets in the future.

6 habits that children must have before reaching adolescence

Feeling he can trust

It’s very important that, before reaching adolescence, your children know they can trust you.

Be interested in their friends, their problems and their concerns, and show them they can tell you everything.

You’ll have paved a path that many parents see as impossible to reach at certain ages.

Communication with children is essential for them to grow up healthily and peacefully.

Knowing they have parents who love and support them will prevent them from making hasty decisions without asking for advice.

Knowing how to accept “no” as an answer

Many children are used to being given everything they ask for, so when they grow up they think they can keep doing the same.

What they don’t know is that in the real world, things don’t always work that way. Their behavior can also get them into trouble.

Teach your child to accept “no” without creating drama. Most of the time, parents consent to their children with good intentions, but after a while this ends up taking a toll.

Leaving their phone aside

Your children must learn to live without their phones. In an excessively connected world, relating to others face-to-face seems like an almost impossible task.

Contrary to what we experienced, they’ve grown up participating in the technological revolution, which is why it’s such a large part of their life.

Don’t allow them to have their phone at the table during meals. Having specific times to use it or knowing when to stop are essential conditions for being respectful adults.

In college or at work, they can’t be checking their social networks all day long!

Be affectionate with them. They may seem a bit rough at times, but all children need to feel loved.

Don’t overwhelm them too much; respect their personal space. Soon they’ll run into your lap when they feel the need for affection.

A lack of affection and closeness can cause children to be at a disadvantage in the future. It’s essential that they don’t miss a hug or a kiss when they need it most.

Your children must fail. So, how do you deal with it? When they fall, help them get up.

This way, they’ll learn what happens when something goes wrong and how to overcome it.

However, it’s even worse to not try at all. Their failures and successes are why they’re already brave.

When they learn to fail, they learn they can face anything, because they won’t be afraid of what others think.

They’ll only care about their own perception of themselves, and their desire for self-improvement will increase.

It may seem trivial, but it’s much more important than you might think. Growing up, everyone becomes the master of his own body.

Parents will no longer be waiting all day to tell them to change their clothes or brush their teeth, so they’ll have to “force themselves” to do so.

Part of the adventure of growing up is based on learning to do certain things on their own.

Self-sufficiency is another key habit that children must have before reaching adolescence, as it will allow him to be the master of his own destiny.