I'm Your Parent, Not Your Servant 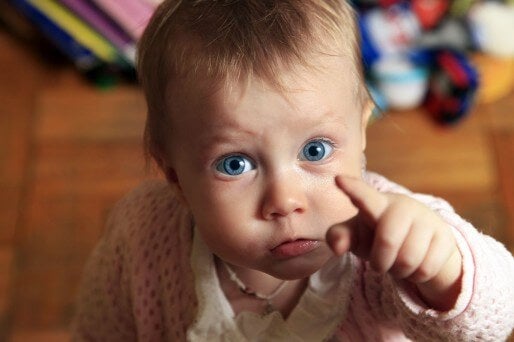 All kids have tantrums sometimes. Kicking, screaming, crying and moaning are all common occurrences during childhood.

Many parents respond to this behavior by giving their children everything they want. Moms and dads believe, wrongly, that by doing this they will calm their children down.

Unfortunately, in the long term, the opposite is true. This can make children think of their parent as a servant, who must cater to their every whim.

Society is demanding more and more from parents and children. We’re sold a false idea of the perfect job, a healthy bank balance and, of course, the ideal family life.

In an effort to live up to this, parents push their children into an endless succession of extracurricular activities from an early age. When this happens, children don’t have enough time to get bored, or simply to discover themselves.

The competitiveness that pushes adults to get ahead of their peers can often influence children, too. Parents increasingly focus more on their child’s academic achievements than on giving them a good education with balance, respect and time to play.

I’m not your servant

With this in mind, it’s important to understand why children need time to do nothing. They need to get bored, think and play. They need to learn to fall and pick themselves up.

Children don’t need their parents to pay attention to them constantly. In fact, having some downtime is essential for their emotional and cognitive development, and helps them face different situations for the rest of their lives.

In this era of technology and competitiveness, many parents want to make everything easy for their children.

Fear of causing trauma leads these moms and dads to do things they don’t want to. They do their children’s homework, or let them have anything they want.

They don’t give their children responsibility of any kind.

By treating our children this way, we can lead them to believe that this is how things work in the outside world, too. We teach them that, if they throw a tantrum, others will give them what they want.

They run the risk of becoming toxic people, who push away the people closest to them.

They won’t be able to establish healthy relationships, because they won’t know how to identify them.

What can we do to avoid this?

There are several things you can do to tell your child: “I’m not your servant.” At the beginning, it may be difficult.

Many parents are scared by the idea of their children growing up. Seeing them become more independent and start doing things on their own can cause nostalgia and sadness.

Despite this, we must think about what is best for the child.

Childhood has its own way of seeing, thinking, and feeling, and nothing is more foolish than to try to substitute ours for theirs.

Talk to your child

But don’t try to do it during a tantrum. Your child won’t listen to reason if they’re screaming and crying. Wait for them to calm down, and then talk.

Tell your child, kindly but firmly, that you won’t tolerate this poor behavior. If they continue to act like this, nobody will want to play with them.

Change “being” for “doing”

Faced with an outburst, many parents accuse their children of “being bad.” This is very negative, and if you keep on repeating it, it can lead to problems.

Instead of telling your son or daughter that they “are” bad, say: “what you did was bad.” It’s their behavior that’s unacceptable, not them.

Teach your child to do jobs around the house. Depending on their age, there are things they can learn to do. This will help them become self-sufficient, and feel that they’re useful.

The sooner they learn to participate, the better they will do. Helping out at home is always beneficial.

Don’t demand too much

Remember that your son or daughter is still a child. It’s not time for them to face all the problems of the adult world yet.

Instead, let them have time to play and relax. Otherwise, they’re more likely to suffer from disorders linked to stress and anxiety.

Let them express their feelings

Feelings aren’t bad. Learning to manage emotions is a key part of a child’s upbringing. Teach them to express sadness, joy and discontent.

But don’t forget to show your child how to do it respectfully, without shouting or insults.