Communication is essential in the life of any human being. Therefore, finding ways to help strengthen language acquisition in children will contribute to their social and emotional development. 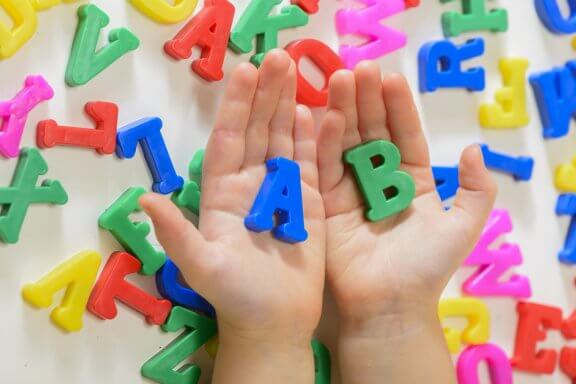 Speech allows us to interact with one another easily. The development of language even from the time babies are in their mother’s womb is important when it comes to living in society with other human beings. Discover 5 actions that boost language acquisition in children.

Many mothers worry because their children don’t begin to pronounce words at the same time as some of their peers. Language acquisition can be affected by a variety of causes. Some of them have to do with a child’s health. More specifically, it has to do with whether or not a child’s nervous system, sense of hearing or speech apparatus develop correctly.

The relationships that children have with the adults in their lives are also an influential factor. These relationships must consist of the proper stimulation to strengthen communication and motivation.

They must facilitate interaction and encourage imitation as a learning tool. Children learn to speak, in great part, by listening to their parents do the same.

Actions that favor the acquisition of language in children

Speak to your baby, even if he or she only babbles

From the time babies are born, we should speak to them. This is true even when we think that little ones won’t understand what we say or be able to respond.

One of the actions that favors language acquisition in children is that others begin to communicate with them from the time they’re babies.

This is when they start to relate phonetics to objects in their environment. You can tell small babies short stories that encourage them to imitate mouth movements and the sounds that the story involves.

Imitate the sounds that your baby makes

When your child starts to emit babbles and gurgles, parents are encouraged to imitate these sounds while looking them in the eye. This way, children will begin to communicate verbally.

The fact that an adult responds with an action similar to their own helps them understand that they reached their goal of being understood.

Performing very gentle massages on your baby’s face will stimulate the muscles that are involved in language. This includes the cheeks, upper and lower jaw, etc.

And not only does it stimulate the muscles, it strengthens the bond between parents and babies through constant contact.

This type of stimulation can be used to familiarize babies with the parts of their face in order to boost vocabulary. Pointing out these parts and mentioning them by name will engrave the information in their minds.

At the same time that you’re performing the massage, you can name each part clearly and slowly. By doing so, you’ll also be contributing to the development of language.

Activities involving breathing are another sort of exercise that favors language acquisition in children.

First, little ones learn to distinguish between inhaling, exhaling and blowing. Then they move onto being able to control the intensity, duration and direction of these actions and manage to pronounce sounds correctly.

Among the activities that parents can utilize to help their children develop language skills are games that involve ping pong balls.

Little ones must blow on the balls to make them roll on a stable surface. According to the strength applied, they can experiment with how the balls move about, the speed with which they move, and the direction they move in.

Another fun breathing exercise is to use musical instruments like flutes, harmonicas and even whistles. With these, children learn to control the amount of air needed to blow and, according to its intensity, they’ll hear the sound they emit as well as its duration.

When it comes to proper language development in children, what matters most is finding the best example and support from the people around them.

We need to listen to children with respect, without interrupting them when they talk. If they make any mistakes, we should correct them patiently and without criticism or making fun.

It’s important that we avoid talking about a child’s linguistic development in a negative way when he or she is present.

This tends to make things worse, as it can cause children to have a response that’s just the opposite from what we desire. Furthermore, it can bring down their self-esteem.

There are many activities that boost language acquisition in children. However, it’s crucial that parents allow children to develop at their own rhythm, while providing constant support and stimulation.

Why It’s Important to Use Nonverbal Language with Children
We all use nonverbal language intuitively. It's one of the first thing that humans use to express ourselves naturally. Learn about it here. Read more »
Link copied!
Interesting Articles
Understand your child better
The Evolution of Graphic Expression in Children