Discover the Most Spoken Languages of the Future

English, Spanish, Mandarin Chinese, Russian... There are many important languages in the world today, as far as the number of speakers and users. When our children start to prepare for the working world, it's a good idea for them to learn one of these powerful linguistic tools. 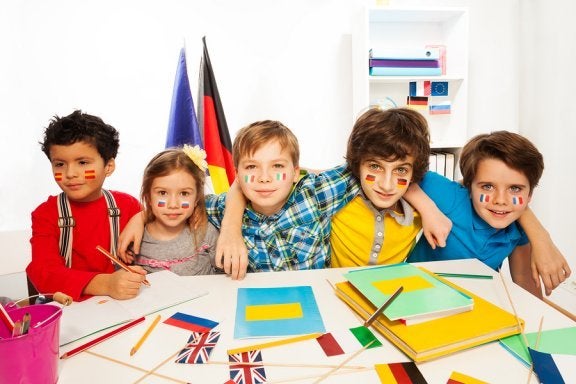 Being able to speak more than one language is becoming more and more valuable. This is true both in the academic realm as well as in the job market and the business world. So, what will be the most spoken languages of the future?

Most businesses and employers don’t just want to see a second language on a resume or diploma. Rather, they want to be sure that job candidates have an advanced level that meets their expectations.

Job interviewers conduct their own evaluations or interviews in the target language. English remains at the top of list when it comes to job requirements, and is the 3rd most spoken language in the world. However, this is all likely to change in the future.

Below, we’ll look at various elements to discover what the most spoken languages will be in the future. How about learning one of them yourself? Or inviting your child to do the same?

The 6 most spoken languages of the future

The study of Mandarin Chinese has skyrocketed all over the world in recent years. It’s the mother tongue of a billion people, and is the most spoken language around the globe.

In the future, Mandarin Chinese will be the most spoken and valued language. This is because it’s the official language of the country with the greatest demographic growth on the planet. China is expected to become the most economically powerful country in the world.

Experts estimate that, in a few years, Chinese will be the second most required language when it comes to hiring, after English. Not long after, it will become the first. China’s economic activity is more and more important in every area, especially in technology.

Most Chinese businessmen and women who work in international companies speak English, or use interpreters. However, being able to speak their own language would be, without a doubt, a much appreciated advantage. If you’re thinking about learning a language, Mandarin Chinese is an excellent option.

While it looks like Mandarin Chinese will eventually take its place, English will still continue to be an important language. It’s the official language of some of the greatest economic powers of the world. At the same time, it’s the language of diplomacy – and things are expected to stay that way.

Spanish is also one of the most used languages in the world (second-most). It’s the mother tongue of 500 million people and the official language of 22 countries. It’s also the second most-studied language, after English.

Experts believe that, in the long run, the importance of the Spanish language will continue, and even grow. Indeed, many Spanish-speaking countries are among the growing economic powers, mainly in Latin America. Therefore, Spanish will undoubtedly be one of the most spoken languages of the future.

“Experts estimate that, in a few years, Chinese will be the second most required language when it comes to hiring, after English. Not long after, it will become the first.”

Currently, Arabic is the fifth most spoken language in the world and the official language of 23 countries. The future of the Arabic language looks very promising.

The Middle East is experiencing impressive economic development – especially in Dubai. As a result, many businesses are focusing their attention on this region of the world. Learning Arabic is no easy task, but it’s a great investment for the future.

Hindi is the fourth most spoken language on the planet today – 380 million people speak this language. Experts expect Hindi to be one of the most used languages in the future. This will occur because, beyond its rapidly growing population, India is one of the emerging economies with the greatest growth potential.

Currently, Russian is the seventh most spoken language on the planet. At the same time, it’s the official language of Europe’s largest economy and the 5th largest economy in the world – according to the World Bank.

The Russian economy is expected to stay strong and experience major growth. The increase in Russia’s standard of living has also driven the population to seek business, tourist and entertainment activities in Europe and America.

In conclusion, when the time comes for our children to choose a language to learn, there are many options and variables to consider. Always keep in mind that this is a factor that can have a major influence on their academic future and beyond.

Reading is one of the most important activities in children's lives because it builds their minds. The best gift you…

Raising a child
How to Prepare Your Children for Preschool

Entering preschool is a challenge for any child. A new stage begins and parents are afraid that their little one…