A New Perspective on Parental Authority

Discipline is something every child needs to learn in the home. However, this has nothing to do with the use of punishment, yelling and arguments between parents and children. When parents lack authority, this can negatively affect the cognitive development of their little ones. 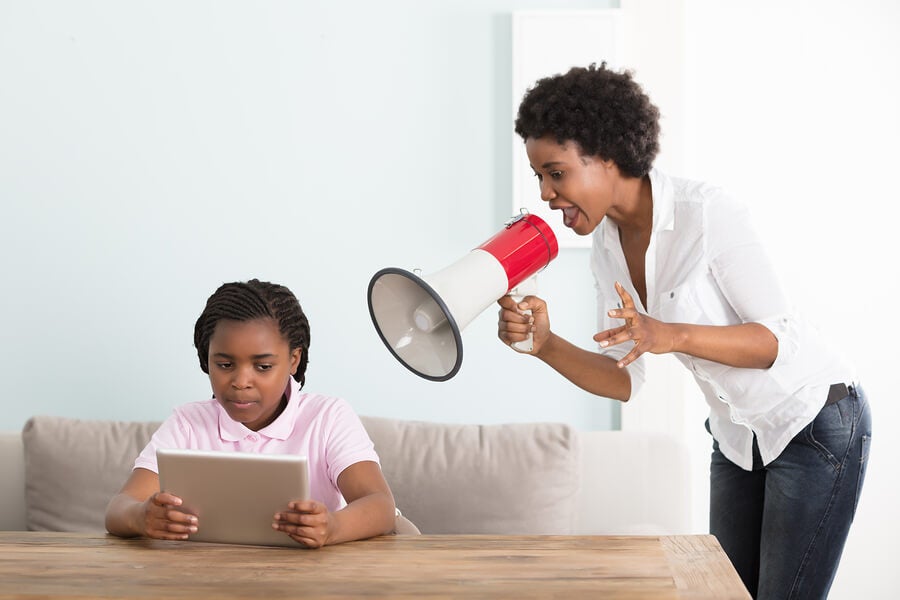 There are a number of common examples. Children may raise their voices, run around in public, throw objects on the floor defiantly. These behaviors in children are considered grave offenses.

Culture is dynamic, and the mechanisms of authority towards a child should also be dynamic. We should never forget that the next generation often marks the way to positive change.

Behavioral guidelines and allowances regarding certain actions are two pillars of family authority. Parents constantly ask themselves what things they should allow children to do and what they should not.

At the same time, some parents confuse authority with abuse of power, which produces very undesirable situations.

In the first place, we need to understand what maternal and paternal authority is. Psychologists and pediatricians that are more up to date on child raising tendencies suggest treating children with respect.

When love, solidarity and respect are your foundation, authority turns into one of the greatest gifts you can give your child.

In the past, society assigned authority exclusively to fathers as heads of the family. Therefore, children often feared the moment their father arrived home from work, associating it with punishment and lack of affection.

Positive reinforcement is always the best method. Raising a child isn’t about giving orders, but rather connecting with a child’s feelings.

Each stage in a child’s life demands its own set of limits. Mothers and fathers should respectfully accompany this process.

Considering that modern society focuses almost exclusively on adults, it’s difficult for children to understand the norms. For some parents, allowing a newborn baby to cry all night  long is a way of exercising authority. This occurs because of the despotic education they received while growing up.

Pediatric psychologists suggest that every home establish its own household rules. In this sense, our mindset changes.

We no longer refer to lack of parental authority. Rather, the focus shifts to a need for family norms. Children need to know that their actions have consequences, and that they are responsible for their actions.

“When love, solidarity and respect are your foundation, authority turns into one of the greatest gifts you can give your child.”

Rules for living together as a family

In order to establish agreements for living together as a family, it’s always important to keep your children’s ages in mind.

At the same time, each adult should carry out a deep self-evaluation. It’s important for parents to recognize the authoritarianism that society has instilled in us from a young age.

Another recommendation for respectful parenting is to keep our emotions separate from the rules. Rules aren’t a personal issue, but rather a question of helping our children learn the consequences of their actions.

When we say things like “you were very bad”, we make a subjective judgement on a behavior. At the same time, we produce in our children a negative feeling towards the rule, and authority itself.

The rules of the game

When we talk about “lack of authority”, we are seeing things through an adult-centered, outdated perspective. However, with the use of fun and creativity, we can see family living like a game. This game, of course, has its own rules.

Using the concept of a game as your method, a lack of clear rules would make the game unappealing. You don’t need to include punishment, but you do need to be clear on the consequences of breaking the rules.

This new pedagogy leaves behind authoritarian and empty notions about child-raising. Modern mothers and fathers wish to not repeat the painful and unjust situations they experienced in their own childhoods.

Today, parental authority refers to lovingly and respectfully accompanying a child’s development. The goal is to help your children form good values and give them the tools they need to live a healthy life.