Obedience Vs. Free Thinking: What to Teach Your Kids 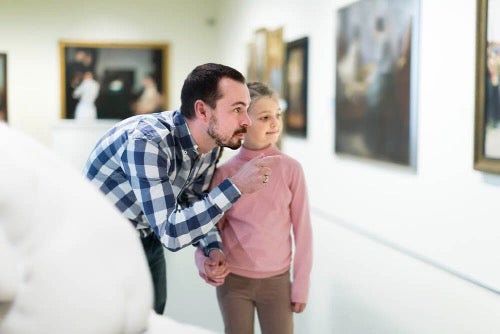 Nowadays, the term obedience has a sort of archaic ring to it. It’s likely that, as a young girl, you heard some adult (or several) tell you that if you were well-behaved and polite, you wouldn’t only seem prettier but you would also be rewarded.

This is one of the worst messages we can receive during childhood, as it encourages total submission, to value obedience over learning and understanding.

When we become parents, we are the ones responsible for destroying this negative and limiting message that we may have received, and to relearn a few things regarding discipline and behavior.

Often, this distortion prevents us from realizing that we don’t know the difference between forcing a girl to obey orders and educating her to properly understand what is being asked of her.

The idea of the “well-behaved girl” is generally misleading. This is because it doesn’t refer to a girl who has learned to think, make decisions, and be respected without hurting others.

Rather, it describes a submissive girl who simply obeys because her parents (or adults in general) have violently instilled the concept of obedience as a condition of acceptance and even love.

Webster’s Dictionary defines “to obey” as “to follow the commands or guidance of” someone. This someone is usually a “superior,” creating or reinforcing a hierarchy between this person and oneself.

In this sense, obedience implies not questioning, but rather acting simply to comply with the wishes of another. Meanwhile, educating someone means teaching them about their own character in order to bring out their potential.

Obedience implies submitting to another without question. Educating means to understand the other’s opinion and acting respectfully so that neither imposes one’s will on the other.

Many mothers worry too much about their daughters being sufficiently obedient, pleasant, and gracious with others. They want a little princess. They end up punishing more than nurturing their daughters’ innate abilities.

We should never instill obedience in our children to such a degree that it nullifies their own needs. Nor should it make them forget the respect they owe themselves before they can respect others.

If we stop to think for a moment, girls shouldn’t have to be so obedient as to suppress their own needs in order to show respect to others. To this end, we firmly believe that both girls and boys need to express themselves freely but considerately when it comes to dealing with other people.

Regardless of gender, all children should learn to channel their emotions. Similarly, all children need to understand how to distinguish between reason and orders. To this end, parents should teach them how to act in different contexts, and find solutions according to their emotional and social needs.

If you’re the mother of a daughter (or more than one daughter), we recommend that you don’t preach obedience above all else. It’s better to teach her how to listen, to understand the reasons behind things, and to draw her own conclusions.

This way, you’ll prevent her from being submissive in the future, which could make her less vulnerable to all kinds of abuse.

It’s important to avoid promoting more gender-based discrimination. Boys and girls alike should learn to navigate the world of emotions equally. They’re all human beings, after all.

Saying things like “girls should always be polite and obedient” or “boys don’t cry” only creates unnecessary divisions. Moreover, it doesn’t allow the children (regardless of gender) to learn about the intensity of emotions.

This is necessary for them to learn how to deal with situations in the best possible way.

Although you won’t be able to protect your kids forever, you can teach them discernment and healthy self-esteem. This way, they won’t have a fragile self-image based on the opinions of others.

Children who need protection will be willing to follow guidance and accept help. However, they’re the ones who need it most, so it’s appropriate to help them as they learn to turn this vulnerability into a strength.

You can educate a child without instilling total submission. Remember: a child who doesn’t learn to reflect will turn into an adult without the tools to function in life.