What Is Phonological Awareness in Children?

Never underestimate the value of reading to your children or of playing simple word games with them. In this article, we'll describe some of the benefits of the practices instilled in training phonological awareness. 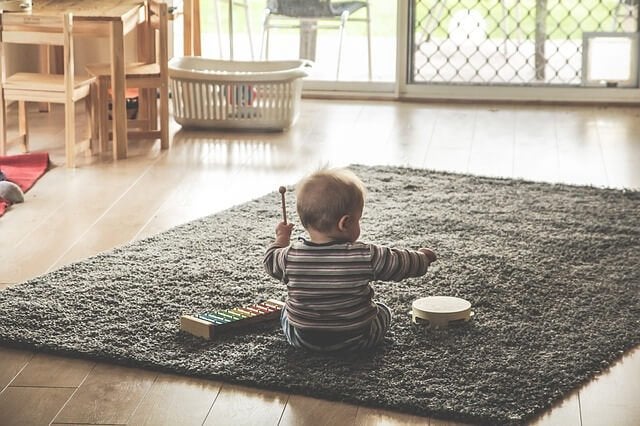 Phonological awareness is, basically, the ability to understand that words are constituted by syllables and phonemes. These are the set of letters and their respective pronunciations.

The ability to understand language is a cognitive process. It includes the control and planning that individuals carry out when producing and understanding linguistic signs.

The importance of phonological awareness

First of all, this ability is extremely important for children when it comes to learning how to read. Understanding that words are divided into syllables and letters with different sounds is elementary.

As a consequence of having the ability to read, children will be able to carry out essential activities and processes throughout their life, such as studying, working, reading literature and manuals, and doing all kinds of tasks that require this knowledge.

Of course, phonological awareness is also essential for the other half of literacy: learning to write. This skill is fundamental in order to distinguish and understand the use of different linguistic elements.

Phonological awareness is a central feature in the process of producing and comprehending both written and oral texts.

As with many other human skills, phonological awareness develops in stages. During early education, the first objectives consist of the production of letters and the separation of words into syllables through singalongs.

Subsequently, the activities focus not on listening and repeating but on being able to develop these separations. It’s then when you begin to become aware of the letters, their sounds, and combinations. There, after a period of adaptation, phonological awareness begins to form as such.

“Phonological awareness is a central feature in the process of producing and comprehending both written and oral texts.”

The reality is that, like with many other things, children can acquire this skill from their environment.

If you provide a rich environment in terms of communication and reading, little by little they will acquire it. These are some simple activities that can help:

In the 21st century, we cannot ignore the technological resources at our disposal. We have mobile applications, internet videos and computer games that provide activities and challenges to promote phonological awareness.

How to know if my child has difficulties with this skill?

Parents must be highly involved in their children’s educational process. That way, they will be able to identify possible gaps in their maturation and correct them.

Phonological awareness can be one of the areas in which children have difficulties. To identify these drawbacks, pay attention to the following behaviors:

Difficulties while reading and writing will arise later on because of these problems. That’s why this must be addressed from the beginning to avoid major complications. In addition, these problems can have negative effects on children’s self-esteem and confidence.

Although it’s often an underestimated skill, phonological awareness is of the utmost importance. In fact, lacking it can cause problems not only in the educational field but also emotionally and socially. Take a few minutes of your day to make games that empower these abilities in your children.