Smartphones are a day-to-day essential, but inappropriate use of them can lead to both short- and long-term drawbacks. 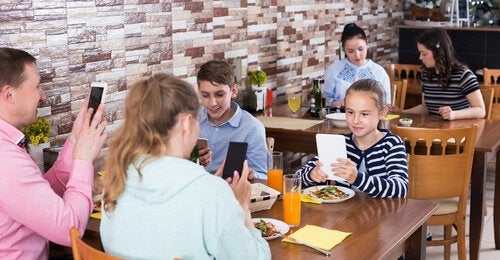 We are connected to each other now more than ever. The globalization era has brought forth a level of connection that has never been experienced before. However, this has also triggered many modern-day bad habits, such as Phubbing.

According to Wikipedia, this neologism has been adopted to depict a recurring social phenomenon: the constant need to share everything we think, say or do on social media. This has become a very bad habit.

This term refers to the act of ignoring the people around you while only focusing on social media through a mobile device.

The term Phubbing was coined in 2007 after smartphones were introduced to the market, to describe the habit of snubbing someone in favor of a cell phone. It’s a combination of snubbing and phone.

Sadly, Phubbing has become so common that it is rarely noticed or addressed when it is happening.

Phubbing causes people to become oblivious, ignoring the people around them. It also results in getting ignored. In other words, socializing has been affected by the fact that human interaction is mostly taking place online.

It’s disrespectful to interrupt or ignore a conversation by paying more attention to a mobile device. Even if just “for a moment,” or if the person claims to be able to multitask (like engaging in a conversation while looking at your phone).

Technology is obviously a very useful tool, but no one likes to be ignored or feel out of place. Especially due to an electronic device.

What makes a mobile device so addictive?

Mobile device addiction stems from wanting to satisfy an emotional need. A lack of immediate response to our feelings causes a dependency and an extreme attachment to our phones.

Of course, many aren’t addicted to the actual mobile device, but to the sense of relief one experiences when you’re able to get in contact with something or someone who fills your emotional void.

Invest in improving the quality of your life for a more desired emotional well-being.

We should be mindful of the amount of time we spend on technology and learn to function without it. This will prevent us from becoming unnecessarily dependent on it, making us incapable of operating on our own without it.

On the other hand, being able to put down our phones will ensure we don’t ignore the people around us. Take control over technology, don’t let it control you.

Spelling and Literacy
Learning to Write with the Montessori Method